Home » News » Will seek co-operation of everyone for better Governance: Mayor 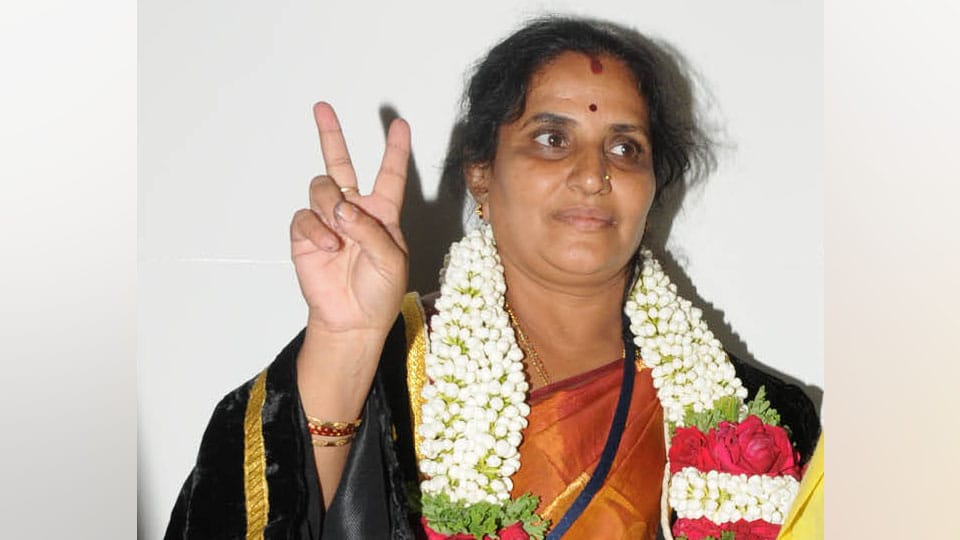 Will seek co-operation of everyone for better Governance: Mayor

Mysuru: Elated by her election as city Mayor, Pushpalatha Jagannath has said that she will seek the co-operation of everyone for better Governance in the Mysuru City Corporation (MCC).

Speaking to SOM yesterday after the election results were announced, Pushpalatha Jagannath, a Congress Corporator, said that she felt delighted over her election as the Mayor and she would render justice to her job as Mayor of the cultural capital of the State.

Pointing out that the Congress has got the Mayor post after a gap of over five years, she said she was one of the four aspirants, the three others being Shantakumari, Shobha Sunil and Hazira Seema and her selection was the decision of the Congress High Command.

Recalling her experience as a Deputy Mayor earlier, Pushpalatha said that the waste and garbage problem has been haunting the city for over a decade.

Regretting indiscreet dumping of wastes across the city, she said that appropriate disposal of all sorts of waste was a challenge and she would work for finding a lasting solution to this problem.

Spelling out her tasks, she said that the JD(S)-Congress coalition Government has a special interest for development of Mysuru and all ongoing works and projects would be expedited.

Noting that providing civic amenities such as drinking water, proper sanitation, drainage etc., would be among her first priority, the new Mayor said, it was important to ensure that Government programme and initiatives reach the doorstep of every beneficiary.

Referring to Pourakarmika demands, Pushpalatha said that she would try to address Pourakarmika issues by consulting higher authorities and senior members of the MCC.

Touching upon drinking water problem in city, she said that she would take all measures for ensuring safe drinking water in all localities of the city.

Replying to a question on who all played a key-role in her selection, she said that she was chosen by the co-operation extended by her party leader and MCC Corporators and she was thankful to former CM Siddharamaiah, MLA Tanveer Sait, former MLAs Vasu and M.K. Somashekar and all other senior party leaders.

She further maintained that she would perform to the aspirations of the citizens, who are eagerly awaiting solutions for the problems that the city is facing.

Mayor is a Law Graduate: Newly Elected Mayor Pushpalatha Jaganath, who won on a congress ticket from Ward No.11 (Shantinagar), is a Law Graduate. Pushpalatha, wife of Congress leader Jagannath of Alanahalli, was Deputy Mayor in 2010-11, after which she earned her Law degree.

Pushpalatha began her political journey when she was elected as a city Corporator as an independent candidate for the first time in 2008. She later joined the Congress. Her husband Jagannath is a DCC Secretary and is active in organising the party.

Mayor MCC Pushpalatha Jagannath
Professor writes to President over violation of Court order
Debris on land in Kurubarahalli Survey No.4 being cleared