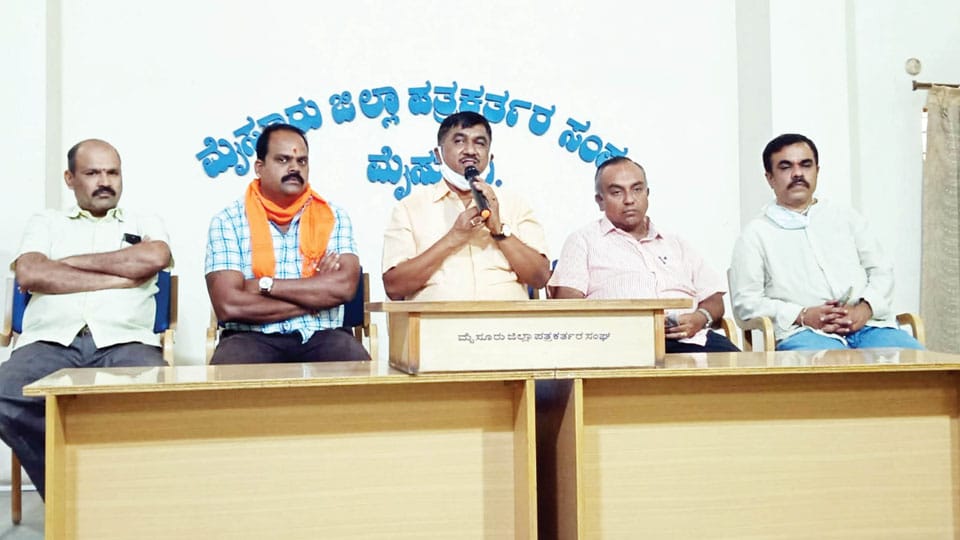 Will work towards fulfilling the objectives of D. Devaraj Urs : Raghu Kautilya

Mysuru: R. Raghu Kautilya, the new Chairman of D. Devaraj Urs Backward Classes Development Corporation, said that he will sincerely work towards fulfilling the objectives for which the Corporation has been established.

Pointing out that over 200 backward communities of the State, including micro-communities come under the Corporation, headquartered in Bengaluru, he said that he was thankful to Chief Minister Yediyurappa and State BJP Chief Nalin Kumar Kateel for nominating him to such an important Corporation.

Asserting that the State BJP Government is committed to the empowerment of all backward communities, he said that the Corporation will work out ways to impart latest skills to members of communities who earn their livelihood through their family  vocation and trades.

Highlighting that the Corporation has many plans for betterment of rural livelihood, he said that the Corporation will advance loans for its programmes and at the same time will also constantly monitor re-payment of loans by beneficiaries. He further said that a mechanism for monitoring the loan repayment will be put in place shortly. City BJP President T.S. Srivatsa,  leaders Giridhar, Jogi Manju, Vaneesh Kumar and others were present at the press meet.