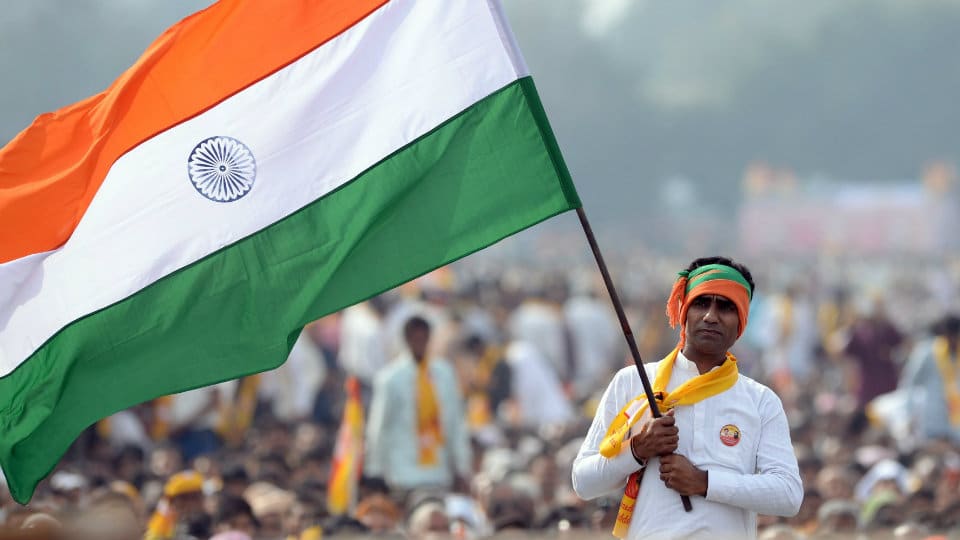 Winners cheer, losers sulk, but what real difference do elections make to our anarcic democracy?

This is a loner’s  lament when more than half the country is rejoicing over the BJP’s overwhelming triumph in UP. The party and its leaders deserve the best of compliments. But the victory — and the defeat of those who lost — needs to be assessed in the overall context of democracy’s growth in our country. That is when a note of caution becomes necessary.

Six decades of anarchic democracy has taught us many things. The stand-out lesson is that winning elections is the be-all and end-all of politics. Parties would use cajolery, intimidation, false promises, caste/communal instigation, big money and plain violence to ensure victory. That’s what they did yet again in this election.

And yet again, both winners and losers will continue as before, putting the party above the country and sending criminals into Legislatures. In Uttar Pradesh 36 percent of the candidates in this election were criminally tainted, the Samajwadi Party heading the list with 50 percent and the BJP coming second with 36 percent. About 110 on the BJP’s tainted list won. How can the State’s new Government be significantly different from the last one which included gang leaders involved in murder     and kidnapping?

When Mayawati was Chief Minister, several of her senior Ministers — Mukhtar Ansari, Babu Singh Kushwaha, Badshah Singh, Chandradev Ram Yadav, Rangnath Misra — landed in jail following disproportionate wealth cases. That must have been infra dig for honourable members; real leaders prefer blood sport. Remember Amarmani Tripathi? He was a known offender in Police records when he entered politics, shifted from Congress to BSP to BJP depending on the wind until he became a Minister in Rajnath Singh’s BJP Cabinet. He was dismissed following a kidnapping case. He got into an affair with poetess Madhumita Shukla in 2003. She was found murdered and Tripathi was sentenced to life imprisonment.

(Twelve years later Amarmani’s son Amanmani landed in jail after he emerged unscathed in a car accident in which his wife Sara was killed. He was already in the wanted list in a kidnapping and extortion case. Driven by patriotism as his father was, he ran as an independent in this election).

Perhaps the most dreaded figure is Raja Bhaiyya, famous for his no-nonsense style of disposing of people he dislikes. In his eagerness to serve the nation, he too drifted from party to party, becoming a BJP Minister under Kalyan Singh and then Rajnath Singh. He was Food Minister in the Akhilesh Yadav Cabinet when a Police Officer was shot dead  in his constituency. Raja Bhaiyya’s name appeared in the FIR whereupon he resigned from the Cabinet and disappeared — until it was time to stand for election again. He won, of course.

The star of last month’s campaigning, however, was Gayatri Prasad Prajapathi. He, too, was a Minister. Naturally he felt that he was entitled to do what took his fancy. By the time the election campaign got into full swing, he was wanted in a rape case involving a woman who was ravaged repeatedly for two years and her 16-year-old daughter who was traumatised by attempted rape. Following Supreme Court orders, the Police launched a hunt, even airports were put on alert. Nothing prevented the irrepressible Minister from campaigning in Amethi, “hiding in plain sight,” as a headline put it. In fact, PTI reported that a UP Police Officer who had gone to record the victim’s statement threatened to kill the women in a fake encounter. This is what electoral democracy has come to.

READ ALSO  Almost unnoticed, our democracy is getting abridged; Is perpetual one-party rule the future of India?

The decline actually extends beyond politics and elections. Human nature itself seems to have become progressively less human. How else do we explain some recent developments that pull at our conscience? This spine-chilling story, for example, from the “Maoist-infested” areas of Chattisgarh. Police and killer squads had been carrying out an elimination campaign against villagers and activists using sadistic methods. The scandal forced the Government to transfer the last Police Chief out of the area. Yet, IPS Officer Indira Kalyan Elesela said publicly in Raipur that human rights activists must be crushed on the roads by heavy vehicles.

Where is the India we all talk about? Where indeed are simple human decencies?