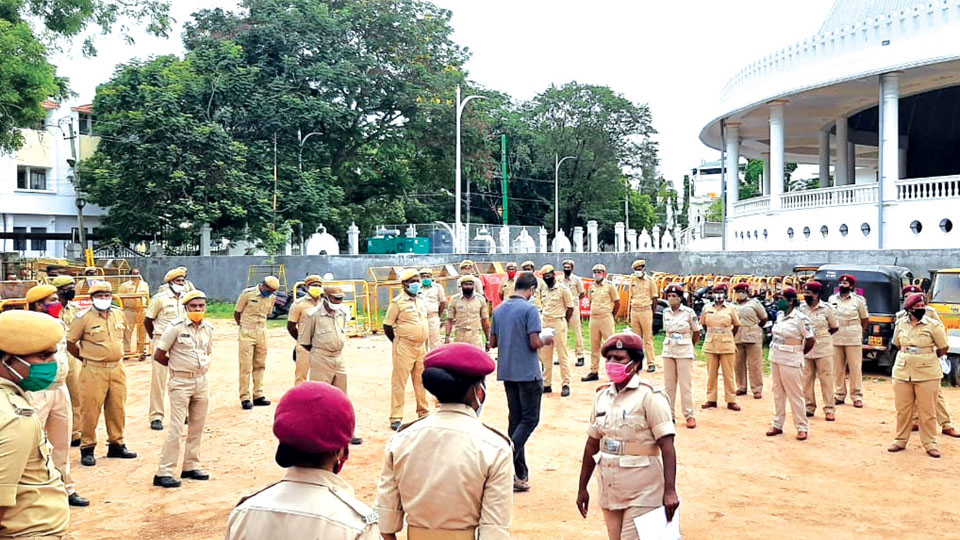 Mysore/Mysuru: Home Guards who work with the Police on normal days are in a dilemma as they get work only for four months a year, with the COVID-19 pandemic throwing almost everything out of gear.

There are a total of 1,300 Home Guards serving in the district, including 528 in the city and in normal times, they used to work with the Police in Traffic regulations, maintenance of Law and Order, bandobust duty, emergencies and such other Police duties.

But, with the outbreak of the deadly COVID-19, the Police Department has stopped engaging Home Guards in bandobust  duties, which has resulted in most of them losing their jobs.

A few Home Guards told Star of Mysore that they get only four months of work a year and they have to stay at home in the remaining eight months, with no financial support from the Government.

Maintaining that they are facing very tough times during the COVID-19 crisis, they said that they will be happy if the Government appoints them full-time with a monthly salary of Rs.10,000.

Asserting that it has become difficult for them to find alternative jobs elsewhere, they said that they are not paid salary  for Police duty for the past three months. Besides they are not getting regular work and having exhausted all their savings, they are left penniless now, they claimed.