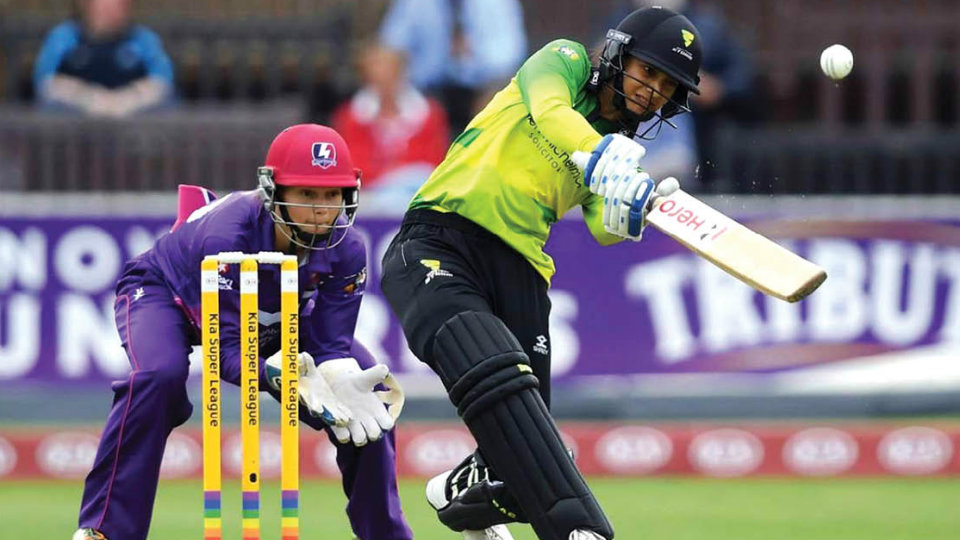 The star opener, representing the Western Storm, notched up her half-century in 18 balls. She now shares the record with Sophie Devine of New Zealand, who achieved the feat in identical deliveries.

Mandhana, who is also the first Indian to feature in the league, finished her innings with an unbeaten 52 off 19 balls against Loughborough Lightning.

Her innings was laced with five boundaries and four hits over the rope in a six-over-per-side rain-marred match. The innings also helped her side beat the opponents by 18 runs.

Mandhana also became the highest six hitter in the tournament with 11 hits over the fence from 3 innings ahead of West Indies captain Stafanie Taylor who had smashed nine sixes in 2016 and New Zealand’s Rachel Priest who also had nine sixes to her name in 2017.

Mandhana on her debut in the league missed out a half-century by a whisker. She scored a blistering 48 from 20-ball against Yorkshire Diamonds in a successful run-chase. In that knock, she had hit as five sixes and three boundaries.

Mandhana has been in good form in 2018. She had smashed a half-century in 25 balls for India against England in March to better her own 30-ball 50 record.