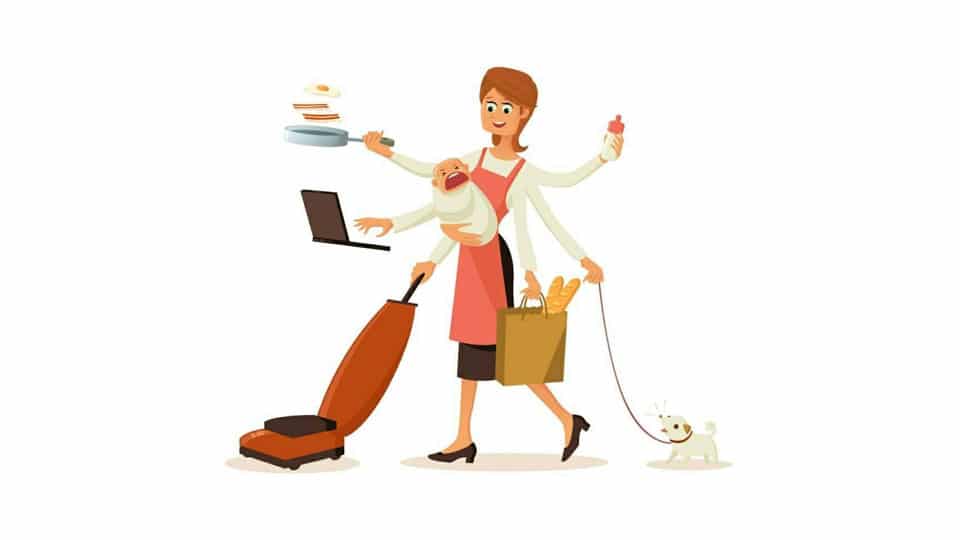 Talking about the time-honoured societal feature of joint family, currently witnessing disfavour among urbanites, may sound like an exercise in the study of the land’s past to the millennials of today. We are in the era favouring nuclear family, in city environment. According to the Oxford English Dictionary, the term ‘nuclear family’ dates back to 1925, meaning “a family where father, mother and their children live in one household, flocking together like objects around a nucleus.  They being immediate family members seem to be contented not experiencing life of an extended family comprising at least three generations. The nucleus of the nuclear family, with the daunting role of maintaining the integrity of the family, unarguably, is its home-maker or, more commonly identified as the housewife. The tasks of care and management of the family’s daily needs, strangely, is described as husbandry, amounting to denying the credit to the housewife. Thankfully, the term house-husband is not in vogue, and when used in certain context may sound laughable. He is rightly identified as the family’s chief wage-earner. A typical housewife, not earning any income by working outside her home, working without salary is the focus of this column.

The issue of female foeticide, debated sparingly for a while raises the question of discounted importance to the female in society. The term mother hoisting the female to great heights and the slogan that if the girl in the family is educated, the entire family benefits from education sound platitudinous, in the face of not rewarding the housewife for her hard and selfless labour in the cause of the family’s welfare.

Rain or shine, the routine of the housewife goes on like clockwork 24×7, beginning at the break of dawn and stopping at the fall of dark, with no expression of Thank You from any one in the family. Her working condition has so far been kept out of the ambit of law-makers. Even the nation’s Constitution seems to have sidelined the rights of the housewife, including cap on the number of hours of work in a week, minimum salary, earned leave, leave travel concession, that go with the jobs of Government employees and so on. A leading film actor, as reported in a section of the press, has averred that time has come to address the question of salary for the housewives. The role of housewife is a big job and should be compensated commensurately, he has argued.

Maybe, meeting the basic needs of the housewife, similar to those of the other members of the family, amounts to paying salary in kind, if not in hard cash. A son of marriageable age seeking to know from his father what it costs to marry, getting  the reply “I don’t know son, I am still paying” doesn’t portray the housewife in proper perspective, while she continues to work without wages.