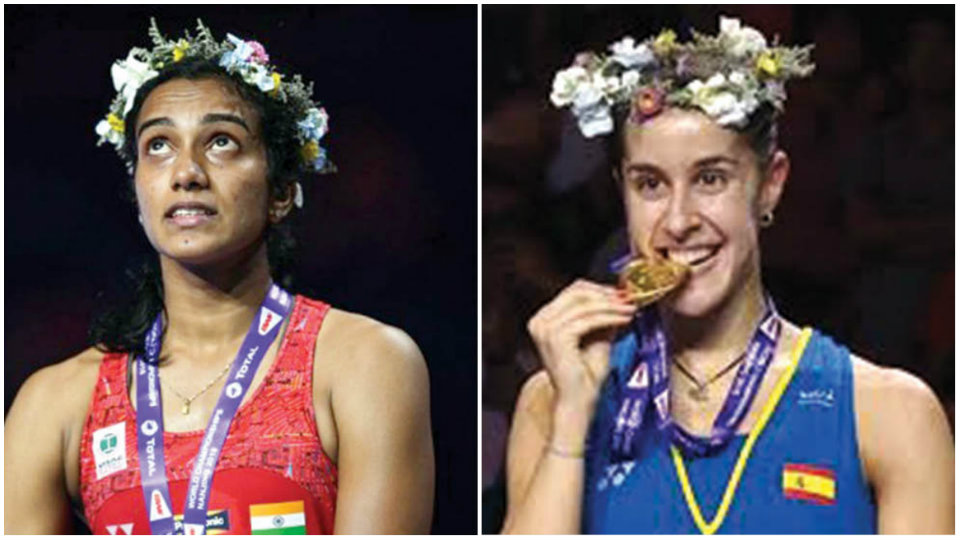 Nanjing (China): P.V. Sindhu finished second best yet again in a major tournament final as she went down tamely to Carolina Marin in the World Championships’ Women’s Singles title clash, adding to the Indian’s tale of woes here on Sunday.

The Olympic silver medallist settled for another white metal following a 19-21, 10-21 loss to Olympic champion Marin of Spain.

The 23-year-old Sindhu, who had lost an epic final to Japan’s Nozomi Okuhara at Glasgow last year, didn’t have answers to Marin’s blistering pace in the 45 minutes that the match lasted.

The second silver meant Sindhu is the only Indian to have four world championships podium finishes. She had won two bronze medals at the 2013 Guangzhou and 2014 Copenhagen editions.

Marin became the first woman shuttler to win the world championships thrice. She had won the title in 2014 and the 2015 Jakarta edition.

Sindhu had entered the summit clash with a 5-6 loss-win head-to-head against Marin, but the Indian ace had won the last meeting at the Malaysian Open in June.

Interestingly, Marin had also defeated Sindhu in the final of the Rio Olympics in 2016.