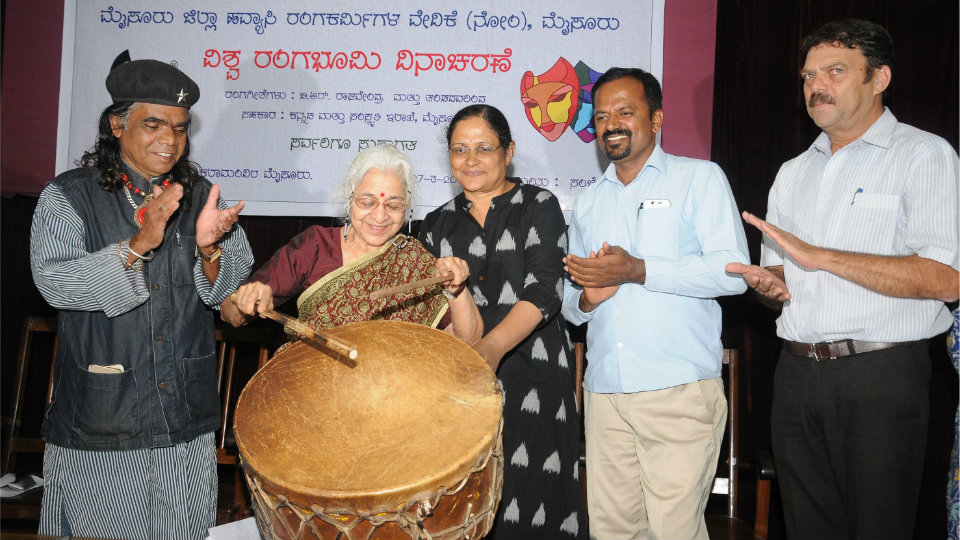 “Theatre is strong enough to break the walls of caste, religion and race among people and bind them with harmony,” opined senior theatrist Rameshwari Verma.

She was speaking after inaugurating a function organised by Mysuru District Amateur Theatre Artists Association as part of World Theatre Day celebrations at Maneyangala in Kalamandira premises here last evening. Rameshwari Verma said that theatre projects a strong message of equality. She pointed out that fundamentalists and narrow-minded people were on the rise in society which was responsible for breaking unity in society and added that it was a solace that theatre was a good binding media. She sought innovative attempts in theatre in city.