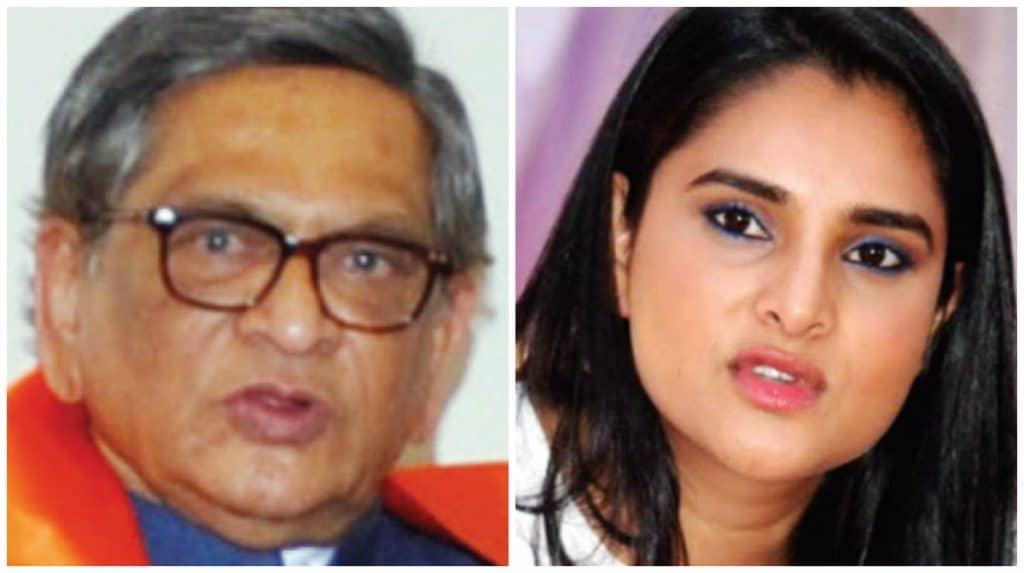 S.M. Krishna’s followers in a dilemma

TO QUIT CONGRESS OR NOT…

Even as senior leader and former Chief Minister S.M. Krishna joined the BJP recently, his followers in his native district of Mandya are in a dilemma whether to follow their leader or not.

The people of Mandya have voted for Congress and JD(S) candidates all these years, with BJP failing to make its debut.

Caste and power politics is predominant in Mandya and in such a situation, veteran leader Krishna’s entry into BJP has created a sort of confusion among his followers in the district.

Although some of his followers have quit the Congress, many of them have remained in the Congress, with which Krishna was associated for over four decades.

Ravindra Srikantaiah, a Krishna supporter from Srirangapatna quit the Congress recently following the footsteps of his leader. But Ravindra is yet to decide on his future political moves.

Another Krishna supporter, Kalpana Siddaraju, a former Maddur MLA, has clarified that she would not leave the Congress while Krishna’s other staunch supporters Gurucharan and Kadalur Ramakrishna have quit the Congress.

In K.R. Pet, former MLA K.B. Chandrashekar, a strong supporter of Krishna, seems to be in no mood to quit the Congress.

In Mandya, MLA and former Minister Ambarish is yet to speak up his mind on his future political moves. Ambarish was dropped from the Cabinet in last year’s major reshuffle and since then, he seems to be less active in politics.

However, Krishna has no strong supporters in Pandavapura and Malavalli Assembly segments.

Malavalli MLA P.M. Narendraswamy is a staunch follower of CM Siddharamaiah and hence there was no question of him leaving the Congress.

Despite all these developments, cine actor and former MP Ramya is conspicuously absent from Mandya political scenario.

Ramya’s foster father R.T. Narayan, who passed away a couple of years ago, was a close associate of Krishna. But Ramya, who has remained politically inactive after her defeat in the 2014 Lok Sabha polls, is rarely seen in the constituency these days. Although she has rented a house in Mandya, she hardly visits it.

Though Ramya has not yet announced her future political plans, BJP workers in Mandya, speculating over the entry of Ramya into the party, have severely opposed her induction.

One BJP worker in Mandya even declared that he would end his life in front of the party office if Ramya was inducted into the party.

In the backdrop of all these developments, it is interesting to see the political configuration that may take place in the district in the coming days.