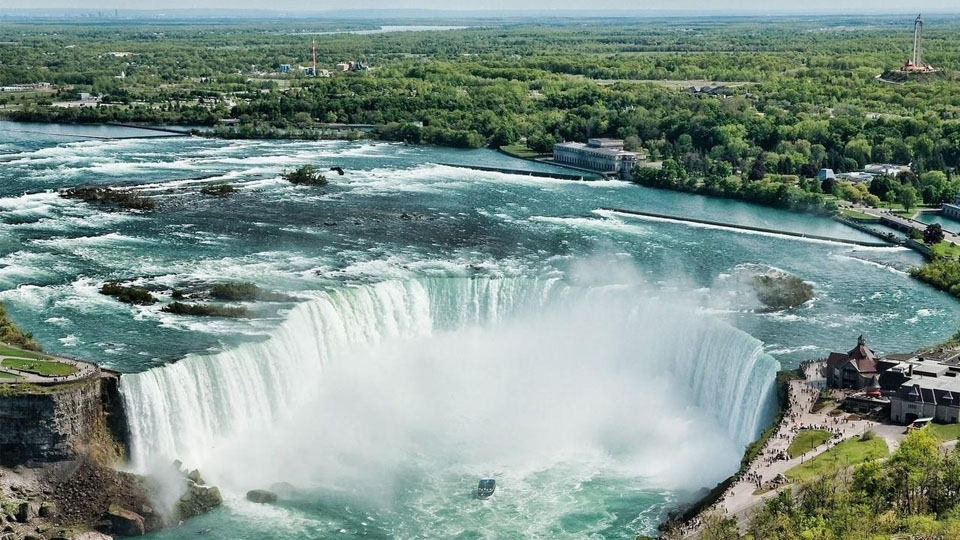 The first desire of any visitor to Canada is to see the World’s wonder Niagara Falls which we also did. No description satisfies its glory.

Twenty minutes away from the great booming of Niagara Falls nestled here a historic and heritage tiny town called Niagara-on-Lake which has become famous for the Theatre lovers from overseas because of annual Shaw Festival held there April to Oct. staging mainly Shaw’s plays. They are so popular one has to book tickets months in advance. The big 856-seater Festival Theatre was inaugurated in 1973 when Queen Elizabeth, Indira Gandhi and Canadian PM Trudeau who attended and also watched performances. There are two other theatres with 300 seats each which also stage plays.

There are several heritage hotels here to cater mainly for those who camp here for the Festival. This area is also described as Wine Country with large wine yards around.

This Festival is traced to 1962 when one local Lawyer and Playwright Brian Doherty started staging plays for a small audience in the town and now it has grown to the present status. 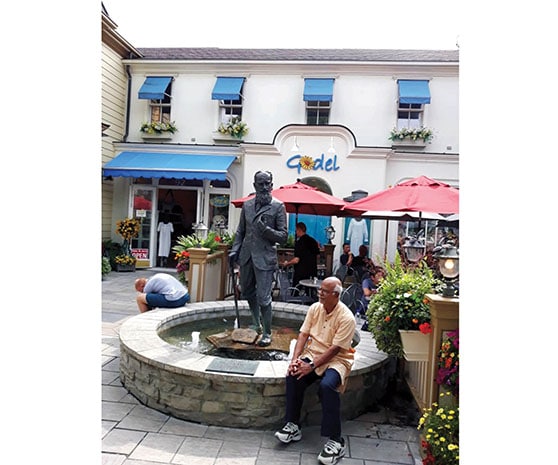 It is interesting that I came across this plaque erected near Niagara-on-Lake which is self explanatory: 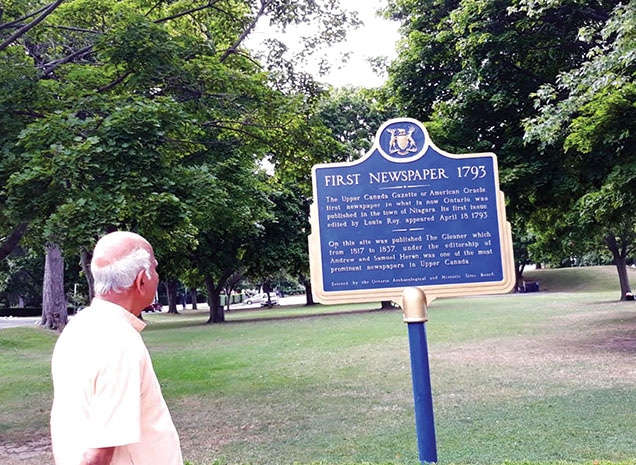 The Upper Canada Gazette or American Oracle, first newspaper in what is now Ontario, was published in the town of Niagara. Its first issue, edited by Louis Roy, appeared April 18, 1793.

On this site was published The Gleaner which from 1817 to 1837 under the editorship of Andrew and Samuel Heren was one of the most prominent newspapers in Upper Canada.

Edited by the Ontario Archaeological and Historic Sites Board. 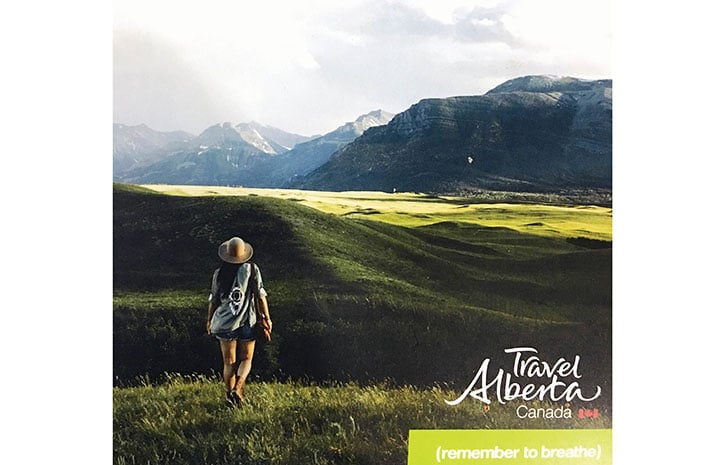 Visitor readying for a hike

To sum up, Canada is a beautiful Country with some of the most epic hiking trails heading through untouched back country. It is the second largest Country in the world by land masts with nearly four miln.sq. miles of land, forests cover half of the land in Canada. Untouched wilderness, animals an abundant, views unspoiled and the tranquility extreme. And who does not want to be away for rejuvenation in such environment?