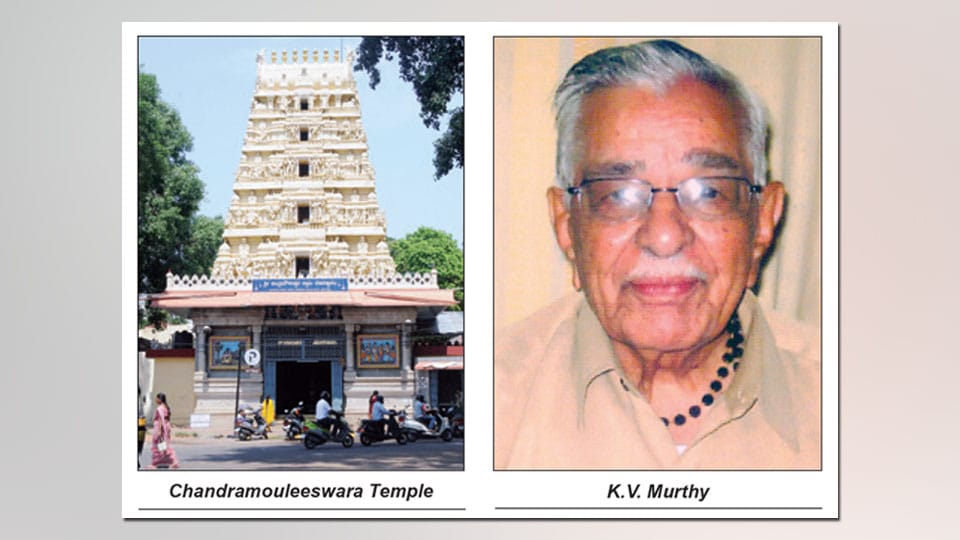 Our city is known as the citadel of art and culture for centuries. Thanks to the Wadiyar dynasty which patronised many writers, artistes, musicians, sculptors who brought name and fame to this Royal City.

However, after Independence of our country Royalty made way to philanthropists and art-lovers as patrons of art and culture. Among them is K.V. Murthy, who is well-known in Mysuru and among the connoisseurs of music and dance from our city. There is hardly any cultural body in Mysuru with which K.V. Murthy is not associated. Today (May 3) is his birthday and he turns 87 into his own world of art and culture. 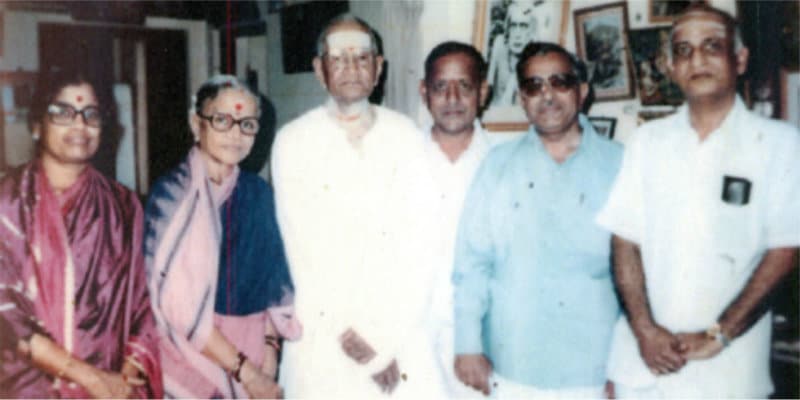 Murthy (wearing dark glasses) with Queen of Music M.S. (1984). He went to her residence to wish her on her 68th birthday.

Just as he is a patron of art and culture giving his time and money generously for the cause, he is also a staunch devotee of Lord Chandramouleeswara and visits the temple located at the junction of Kalidasa Road and the Temple Road at Matrumandali Circle in V.V. Mohalla. As if by divine grace, he lives just behind this Chandramouleeswara  temple.

On Monday mornings when I go to this temple, I see my elderly friend Murthy reciting Rudra Mantras along with ten Ruthwicks as part of Shata Rudrabhisheka (which lasts nearly three-and-a-half hours) sponsored by devotees. It is also held on Thursdays and Sundays, if devotees sponsor, when Murthy will join again. 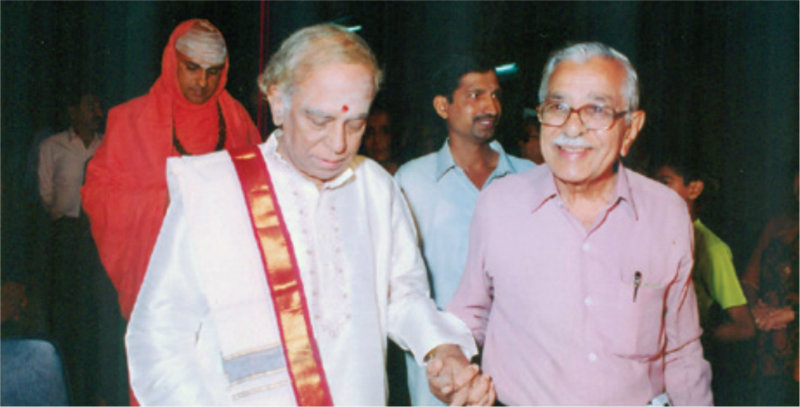 Platinum Jubilee of the Temple

Murthy is associated with this temple since last 35 years and as Head of the Trustees, he devotes time to supervise upkeep of the temple, timely pujas etc., and continuing his service laid by his elder brother K. Seetharama Rao.

Narrating the history of the 75-year-old temple, he tells me that Platinum Jubilee is being planned to be held in this June. Interestingly, it was Dewan Sir Mirza Ismail who allotted the site for the temple. This temple has the distinction of having installed Jyothirlingas collected from across the Holy places in the country including Kashi Vishwanatha Linga. 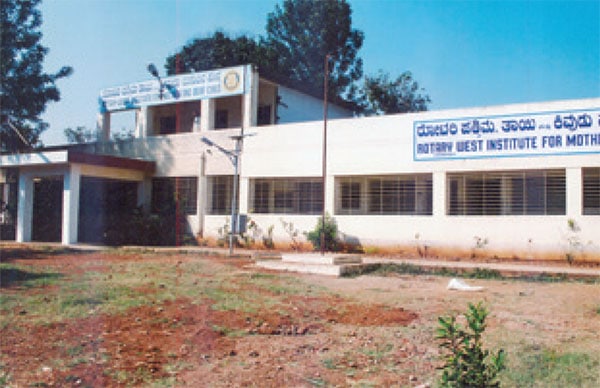 This is how his daughter Monika has prepared his long career bio-data under the above title. Graduated from NIE in Civil Engineering in 1956, he started working with Bombay PWD on a grand daily salary of Rs. 4.75! 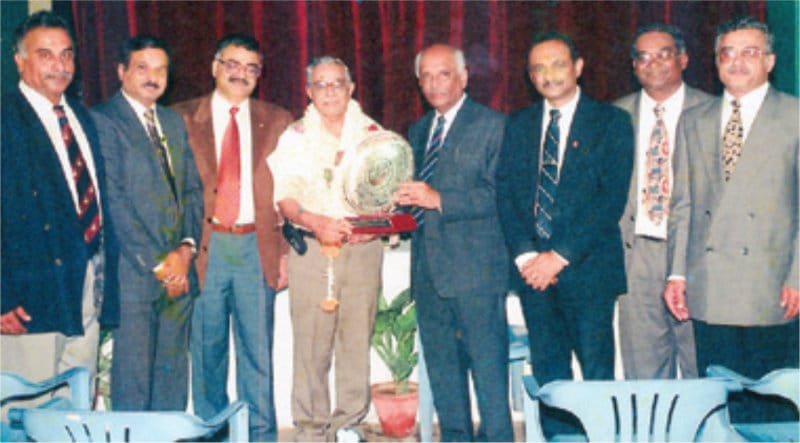 His passion for music has turned him to be a patron of various music and performing arts organisations. Not a programme is held, perhaps, without his presence as chief guest. And the readers of city newspapers are well aware of it. Murthy (centre) with Veerendra Patil, the then Union Minister for Shipping and Transport at Visakhapatnam Harbour. (1979)

Murthy’s daily programme includes a visit to Chirashantidhama (a very convenient cremation place constructed with great efforts of his elder brother K. Seetharama Rao along with others) to supervise, on his way to his factory Agro Chemicals in Hebbal.

Suffice to conclude that K.V. Murthy is a rare personality imbibing true values of life in conducting himself.

Oh! By the way, it is our immense interest in DVG’s Manku Thimmana Kagga that has brought us closer.

Wishing K.V. Murthy Many Happy  Returns of the Day.