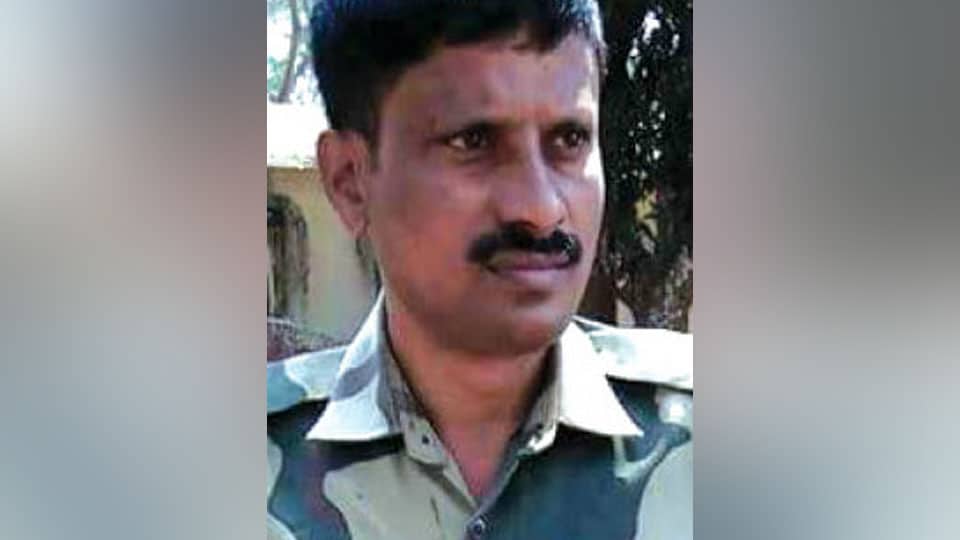 Soldier from Gundlupet dies of heart attack in Assam

Puttaswamy, who complained of severe chest pain on Monday, was admitted to a hospital, where he breathed his last.

He leaves behind his wife and two sons. DC B. Ramu, SP Kuldeep Kumar R. Jain and Tahsildar K. Purandara paid a visit to the house of  Puttaswamy yesterday and offered their condolences. DC Ramu assured that the family will get all benefits that are due to the deceased soldier.

Puttaswamy’s body would be brought to Bengaluru from Kolkata by air today and would be taken to Kudalur in Chamarajanagar district, where the last rites will be performed with full Government honours today.