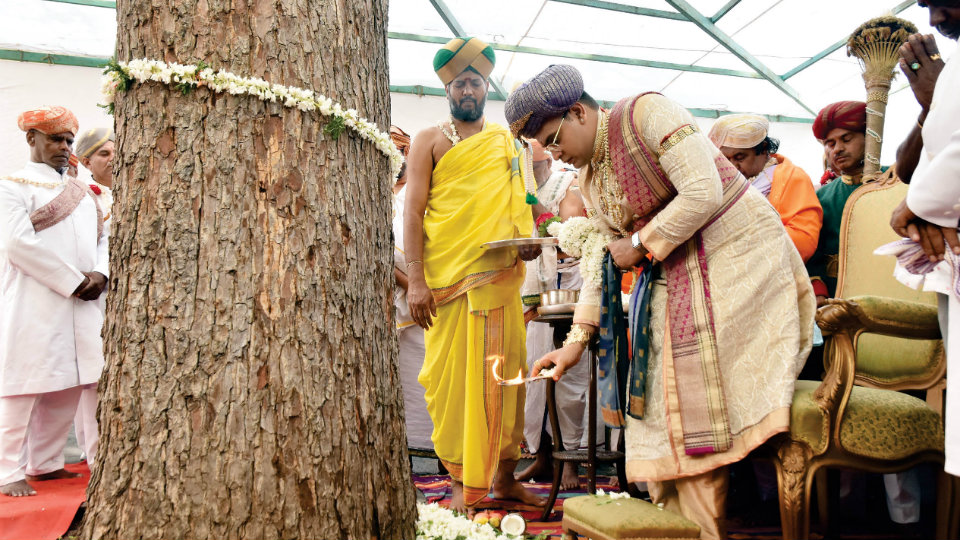 Thereafter, Yaduveer offered prayers at Amba Vilasa Ganapathi Temple and arrived at Kalyana Mantapa for a second worship of the royal arms. He entered the courtyard holding the sacred flower-decked sword, flanked by Arasu community members who also held swords.

After performing Banni puja under the guidance of royal priests, Yaduveer distributed flowers used for puja among those who were present and offered ‘Kanike’ to the priests, before returning to the Palace in a Vijaya Yatre. The puja rituals took place between 9.30 and 11.45 am on Tuesday.