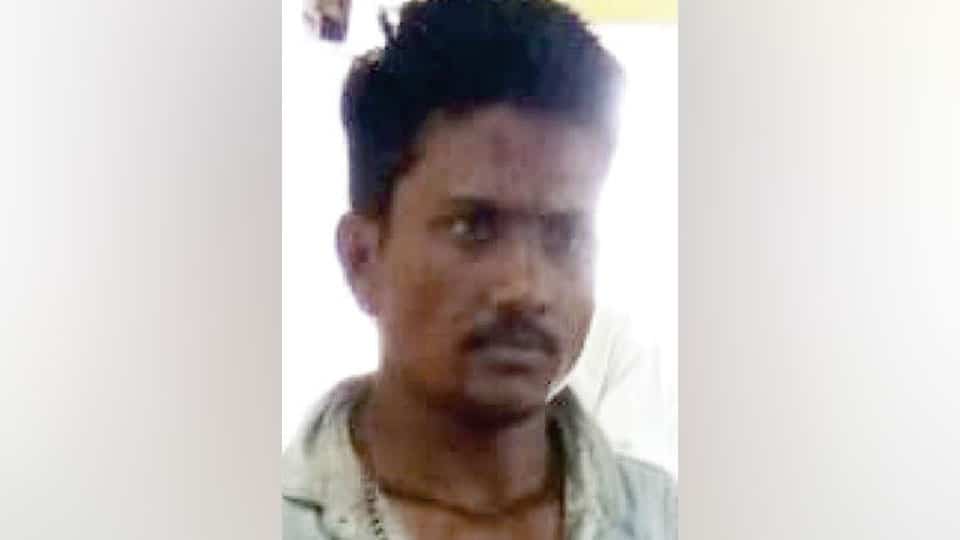 Mandya:  In a gruesome incident, a youth, who beheaded a 38-year-old man, arrived at Malavalli Rural Police Station along with his victim’s severed head this morning much to the horror of Police personnel.

Pashupathi, 24, of Chikkabagilu in Malavalli taluk, is the accused while Girish (38) of the same village is the victim.

Pashupathi’s mother Gowramma had complained to her son about Girish making indecent gestures to her about 3-4 days ago. Seething with anger at Girish’s indecent gestures and insulting remarks against his mother, Pashupathi, who came across Girish at his village this morning at about 8.30, took him on his motorcycle on some pretext. While travelling from Chikkabagilu to Kolathur, Pashupathi stopped his motorcycle midway and decapitated Girish with a matchete.

He then carried  Girish’s severed head, with blood still oozing out, to Malavalli Rural Police Station much to the horror of the Police. Malavalli Police, who have registered a case in this regard, are investigating.