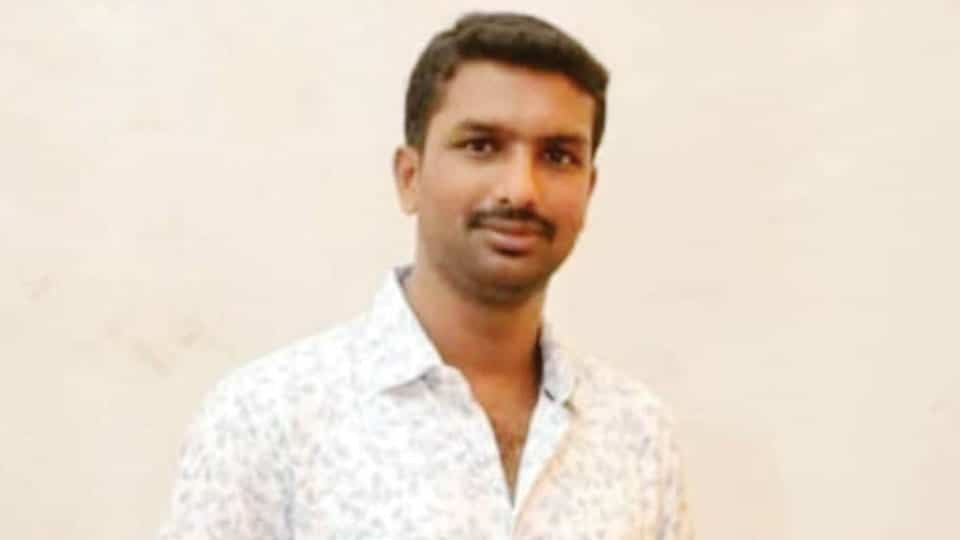 Family from Hunsur had been to Hassan for wedding shopping

Hanagodu: He was supposed to get married in 21 days. But fate willed otherwise and a young life was snuffed out in an accident that occurred at 2 am today.

The unfortunate groom-to-be is 26-year-old Abhishek J. Gowda, a resident of Hirekyathanahalli near Hunsur. He was to get married on Mar. 26 and the entire family had been to Hassan on shopping clothes. The accident occurred when the family was returning to Mysuru.

Abhishek’s younger brother Abhijith J. Gowda had died five years ago when he went to swim in a river while on a college trip. The family was just coming out of this tragedy and had decided to get Abhishek married. Now the family has lost both sons. Their father Jagadeesh, a Notary in Hunsur, is in deep state of shock and has been admitted to a hospital in Channarayapatna.

Early yesterday morning, the family left Hunsur in two cars and Abhishek, his fiancée and couple of his friends were travelling in a Swift Dezire KA-45-M-1344 while his father Jagadeesh, mother Manjula and some family members were following them in another car. They had been to Hassan to shop for clothes and sarees.

After a day-long shopping, the family decided to leave Hassan after dinner and accordingly, they left that place in two cars. As they reached Channarayapatna, 37 kilometres from Hassan, the road was covered in thick fog. Due to lack of visibility, the driver of Abhishek’s car could not see the Trax Toofan speeding from the other side. Both the vehicles collided head-on and Abhishek was killed on the spot due to the impact.

READ ALSO  A day to remember your Newspaper Boy

In all, four persons including Abhishek’s mother Manjula (who travelled with her son on return journey) and fiancée (name withheld) were injured along with his two friends and they have been admitted to a hospital in Channarayapatna. The accident was witnessed by Abhishek’s father who was following the car in another vehicle.

Hearing about the accident, other relatives from Hunsur have rushed to Channarayapatna.