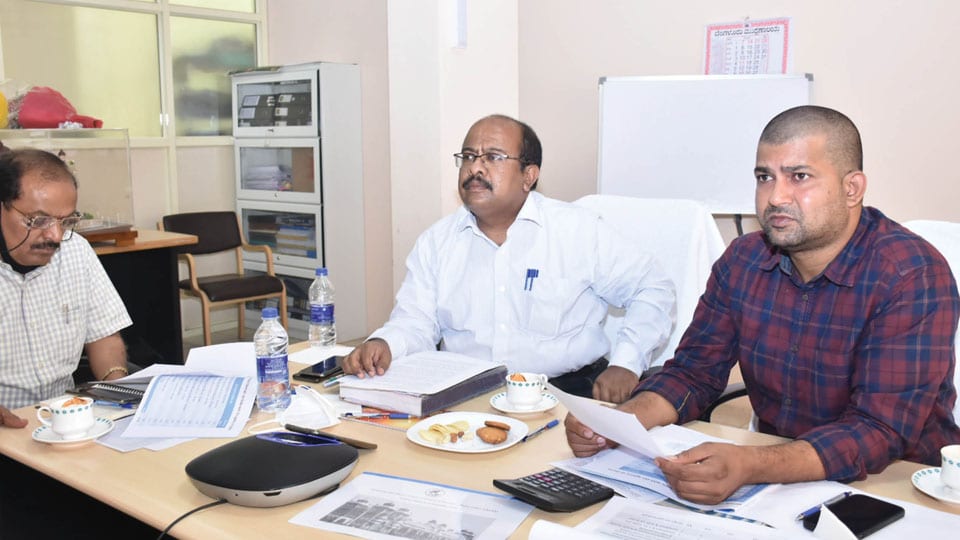 Mysore/Mysuru: The ambitious projects to supply water 24×7 across Mysuru has reached only a fraction of the city’s 10 lakh residents. While the first phase of the project was handed over to Jamshedpur Utilities & Services Company Limited (JUSCO) in 2008, the second phase was handed over to Chennai-based IL&FS Water Limited in 2016 and this company too did not complete the project.

This noon, Mysuru-Kodagu MP Pratap Simha conducted a meeting and directed the authorities to restart the pending projects by end of this month. The second phase of the works is expected to start in the coming days following the intervention of the MP.

The first phase of the project, which had to be undertaken in three stages — preparatory, rehabilitation and management — saw many hiccups right from the start and JUSCO ultimately exited the project after providing connections to a small number of houses.

Later, IL&FS signed a tripartite contract with Mysuru City Corporation (MCC) and Karnataka Urban Water Supply and Drainage Board (KUWS&DB) in February 2016. IL&FS was subsequently handed over the second phase of the project at an estimated cost of Rs. 233.25 crore under JnNURM.

In today’s meeting, Pratap Simha interacted with Nandakishore, the Executive Director of Chennai-based IL&FS through video-conference and told him that the Mysuru city was being victimised due to the differences between IL&FS and Sheetal Engineering. He asked the IL&FS to sort out the differences at least by the end of this month and take up the rest of the 55 percent of the works. KUWS&DB Chief Engineer Siddanayaka too was part of the video-conference.

Both IL&FS and Sheetal Engineering had to complete the project in 2019 itself and the operation and maintenance had to be undertaken till 2024 as per the original project contract. Also, the companies had a one-year liability period after operation and maintenance till 2025. The MP told the IL&FS Executive Director that as the project had been delayed inordinately, the deadlines and the subsequent time periods had to be invariably extended.

Though the IL&FS Executive Director was non-committal on immediately sorting out the differences with its sub-lease company (Sheetal Engineering and Projects), KUWS&DB and MCC officials told Star of Mysore that at least some action will take place after the MP’s intervention.