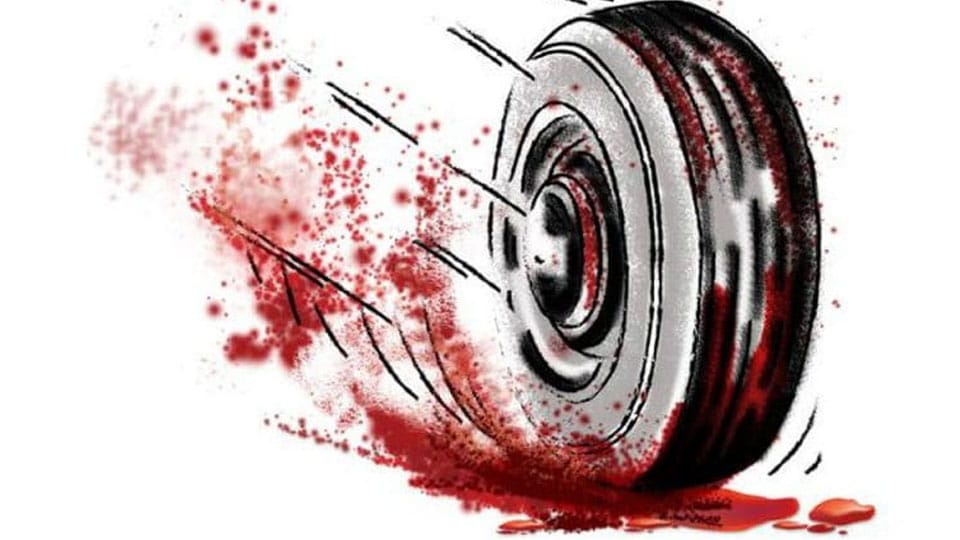 Mysore/Mysuru: A 28-year-old youth was killed while his mother sustained serious injuries when a goods vehicle rammed into the auto in which they were travelling at Mandi Mohalla yesterday night.

The deceased youth has been identified as Ravikumar, an auto driver and a resident of Maratikyathanahalli in the taluk.

Ravikumar’s father Mariswamy, who had taken ill, was admitted to K.R. Hospital in city and he (Ravikumar) along with his mother had come to the hospital yesterday morning. At about 7 pm yesterday, Ravikumar, who was driving his auto with his mother on the passenger seat was proceeding to a relative’s house at Mandi Mohalla to fetch food for Mariswamy, when a goods vehicle hit the auto resulting both Ravikumar and his mother sustaining serious injuries. Both  were rushed to K.R. Hospital, where Ravikumar succumbed to injuries at about 8 pm. His mother was shifted to a private hospital in city for further treatment.

Post-mortem was conducted at MMC&RI mortuary this morning and Ravikumar’s body was handed over to his relatives.

NR Traffic Inspector Prasanna Kumar, who has registered a case, has seized both the vehicles involved in the accident and is investigating.