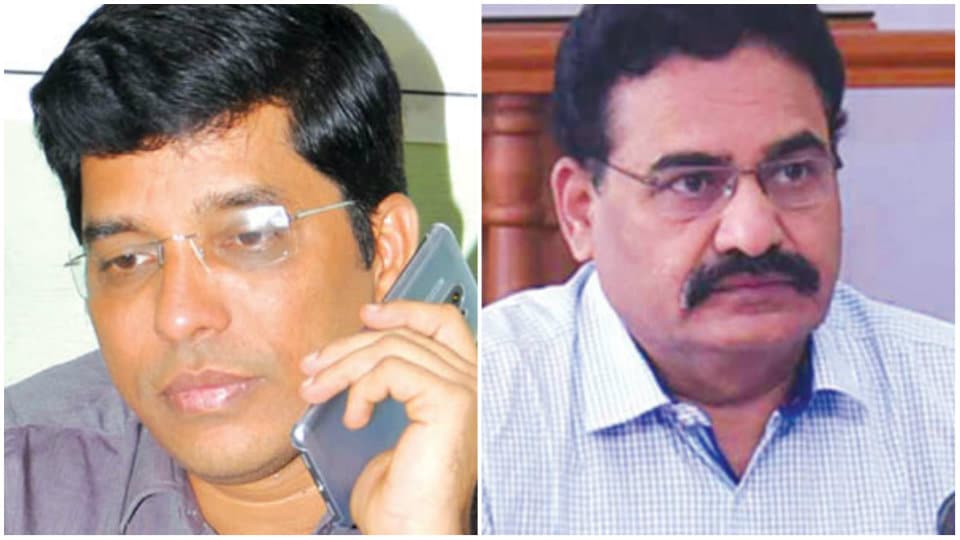 Chamarajanagar: Chamarajanagar Zilla Panchayat (ZP) CEO Dr. K. Harish Kumar has taken over as In-Charge Deputy Commissioner (DC) of the district, as DC B. Ramu has gone to Mussoorie in Uttarakhand on a 40-day training.

Ramu, who was recently elevated to the IAS cadre, has been sent on a sabbatical to undergo advanced training at Mussoorie, where IAS officers are usually trained.

Although Ramu was supposed to attend the training, he had skipped it twice earlier. But now, following a government order Ramu has gone on a 40-day training at Mussoorie starting from today (July 3).

ZP CEO Dr. Harish Kumar has been asked to function as In-Charge DC in the absence of Ramu, who is expected to return to Chamarajanagar on Aug. 11.

Ramu had been serving as Chamarajanagar DC for little over a year now.

Dr. Harish Kumar, a native of Karkala, is a KAS Officer of 2006 batch. After serving at various places, he was posted as Chamarajanagar ZP CEO in February this year.