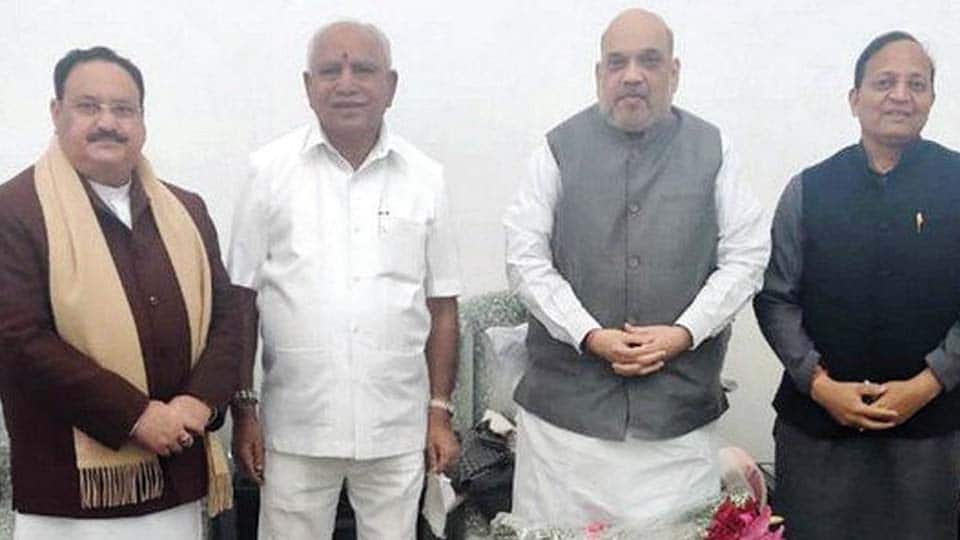 12 MLAs in race for Cabinet berth

Bengaluru: MLAs from the ruling party and also those who switched sides from the Congress and the JD(S), which triggered the collapse of the coalition Government in Karnataka, were exerting pressure on the Chief Minister for a Cabinet berth since the past few months.

While Ramdas, Katti, Limbavali and Achar are senior party leaders, Shankar and Nagaraj, who were MLAs earlier, switched over to BJP from the Congress and Vishwanath quit JD(S) to join BJP.

Others too who are in the race are six-time MLA from Sullia S.S. Angara, Hassan MLA Preetham Gowda, Chitradurga MLA G.H.Thippareddy, Surapura MLA Narasimha Nayak aka Raju Gouda and  Bilgi MLA Murugesh Nirani.

Ramdas is seeking a Cabinet berth on the grounds that Mysuru district has no representation while Preetham Gowda is a young blood who is keen to build the party in Hassan district where the BJP has little base and Raju Gouda too is seeking berth as a representative of  Yadgir district  based on his experience and work for the party in the Lok Sabha polls.

Halappa Achar is a senior party leader from Koppal district, which has no representation in the Cabinet so far. Sunil Kumar, who was once considered for the post of State BJP President, is a two-term MLA from Karkala and is credited with building the party at grassroot level in Dakshina Kannada district.