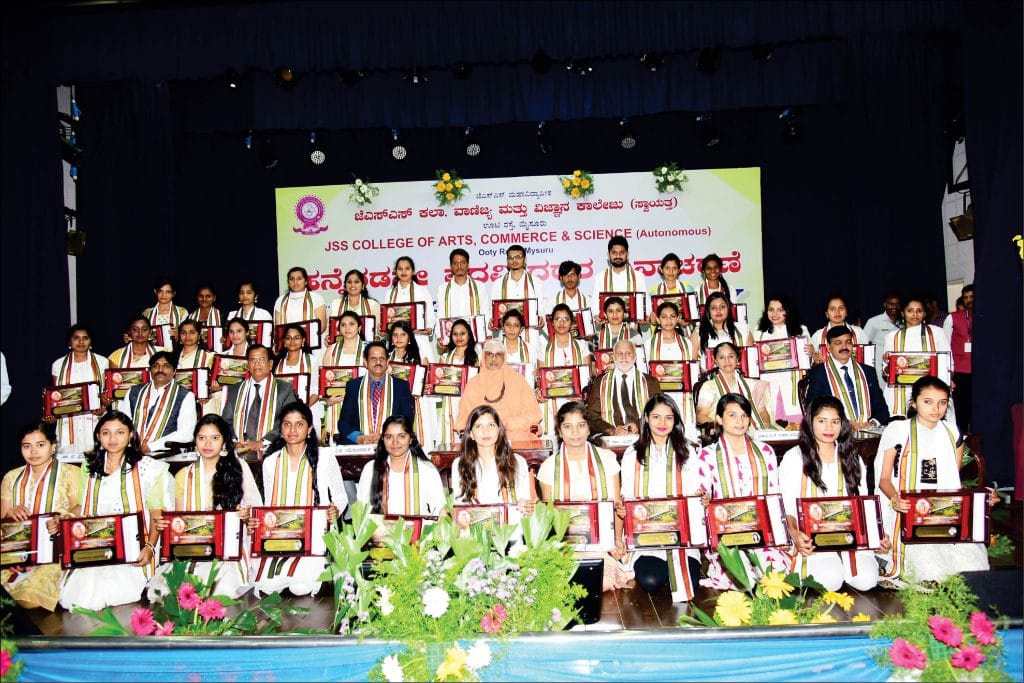 Speaking on the occasion, Dr. S. Ayyappan, Chancellor, Central Agricultural University, Imphal, Manipur, who was the chief guest, guided the fresh graduates on the innovative modes for future generation.

He opined that the fresh graduates should involve themselves in new Nano-technology use of energy in all fields of life including agriculture. He felt that Peri – Urban agriculture should be used to retain original character of the agricultural produces.

JSS institutions is in the forefront in making use of these technologies with multidisciplinary education system. He explained how agricultural produce can be improved using new innovative technologies.

Students, especially passing out graduates, should use their skills to have an action plan for new things, avenues available, using start-ups and be aware of patent. At the same time he was disappointed at the research ratio of researcher per million populations is very low in India compared to other countries.

He concluded his speech with a note of aspiration hoping, that the year 2020 will be a new milestone in all respect with creativity, as the future depends on what we do in present. The research should be based on giving solutions rather than creating problem.

A total of 871 graduates including 428 Under-Graduates and 443 Post-Graduates, of which 470 are ladies attended. On the occasion, 62 toppers were honoured.