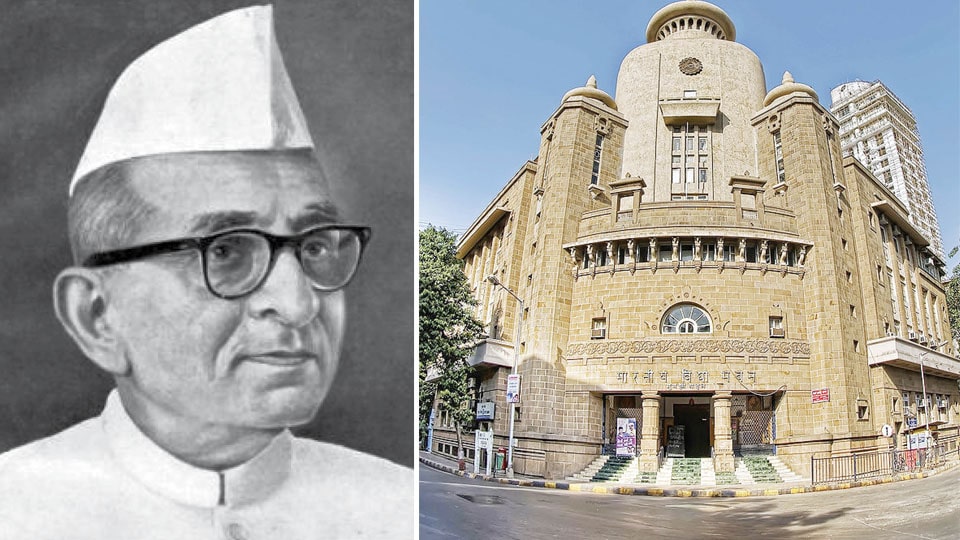 December is a month of great significance for the country and for the Bharatiya Vidya Bhavan (BVB).  It was on the 30th of this month in 1887 a messiah of Indian culture (who called it “Bharatiya Vidya”) was born at Bharuch in the then State of Gujarat.

That little offspring who continued to be diminutive in physique even as he grew was destined to be the colossus of many hues — litterateur, politician, statesman, lawyer, Constitution-maker and above all, a person who was steeped in the cultural glory of India with an abiding faith in its future. That was Kanhaiyalal Maneklal Munshi who later became known as “Kulapati.”

After initial school education, Munshiji took to higher studies at the Baroda College where Sri Aurobindo Ghose was one of his tutors.  Initially, drawn towards the revolutionary politics of Sri Aurobindo, exemplified in the art of  bomb-making, Munshiji focused on academics leading to high academic achievements that brought him to Bombay around 1907 to practice law. Munshiji soon became a successful lawyer.

It was during his tenure as lawyer in Bombay that Munshiji joined the Home Rule Movement, so famously started by Annie Besant. As with many leading lawyers of those days, Munshiji was no exception to the irresistible call of the Mahatma. He gave up his career as a lawyer and dedicated himself to the Gandhian movement.

Joining the Indian National Congress (INC), he was elected to the Bombay Legislative Council in 1927. This led to the then Chief Justice of Bombay Justice Beaumont to say of Munshiji, “Look, what Munshi has gone and done! I was just thinking of recommending him for a High Court Judgeship.” In 1928, he joined the Bardoli Satyagraha under Gandhiji’s leadership and resigned from his role in INC.

In the words of Munshiji,

“When the whole of Gujarat and with-it India has started on a glorious march to martyrdom, I, who dreamt of their greatness through my literary efforts, cannot stand by and look on.”

Munshiji had styled his life inspired by the principles of the great triumvirate of India’s history namely, Aurobindo, Gandhiji and Patel. Munshiji often proclaimed that while Gandhiji was his spiritual guru, Sardar Patel was his political mentor.  In that sense, the former initiated Munshiji into Gnan Yoga and the latter into Karma Yoga. No wonder, Sir C.P. Ramaswami Iyer described Munshiji as a “philosopher in action.”

“Akhand Hindustan is a living reality, which no man in his senses dare trifle with.  There cannot be any parley on the question of integrity of India…From Amarnath to Rameshwar, from Dwaraka to Kalighat, the land is one and indivisible…Whoever seeks to part what has thus been joined, will have to walk over the dead bodies of millions of Indians.  And even then, India will remain one and indivisible.”

Inspired by Aurobindo’s sense of India as “Motherland of the Spirit” and his own conviction in the cultural unity of India, Munshi in later years brought forth his magnificent contribution to “one India,” namely, the accession of the erstwhile Hyderabad Province into the unified India.

To Munshiji “Bharat” was not just a word in the Constitution but a perennial flow of an eternal civilisation and lifestyle. Bharat was not a geographical entity but a living principle.

At the request of Mahatma Gandhi, Munshiji rejoined the Indian National Congress in 1946 and was elected to the Constituent Assembly.

Post-independence, Munshiji was appointed the Agent-General in the Princely State of Hyderabad, at a time when Nizam was resisting joining the Indian Union. Munshiji was the eyes and ears of Sardar Vallabhbhai Patel as to the doings of the Nizam.

The process of the accession of Hyderabad into the Union of India efficiently coordinated by Munshiji was acknowledged by the Sardar himself as follows:

“On behalf of the Government, I wish to say that we are deeply conscious of the high sense of public duty that induced you to accept this office and the very able manner in which you discharged the duties entrusted to you which contributed in no small measure to the final result.”

Serving as the Minister for Agriculture and Food till 1953, Munshiji conceptualised the Van Mahotsav, an initiative to increase forest cover in the country.  During 1953-57, he served as the Governor of Uttar Pradesh. In fact the commemorative stamp on Dr. K.M. Munshi issued by the Indian Post shows him with a tree, symbolising his interest in the preservation of ecology and environment.  Munshiji was ahead of his times in his thinking.

This forward thinking is reflected in Munshiji’s letter to Prime Minister Jawaharlal Nehru wherein he wrote:

“I find that trees are being cut down thoughtlessly by the villagers and the process practically connived at by the authorities. I wish ecological studies and the relation of our national existence to our land, water, rivers and forests is more closely studied.”