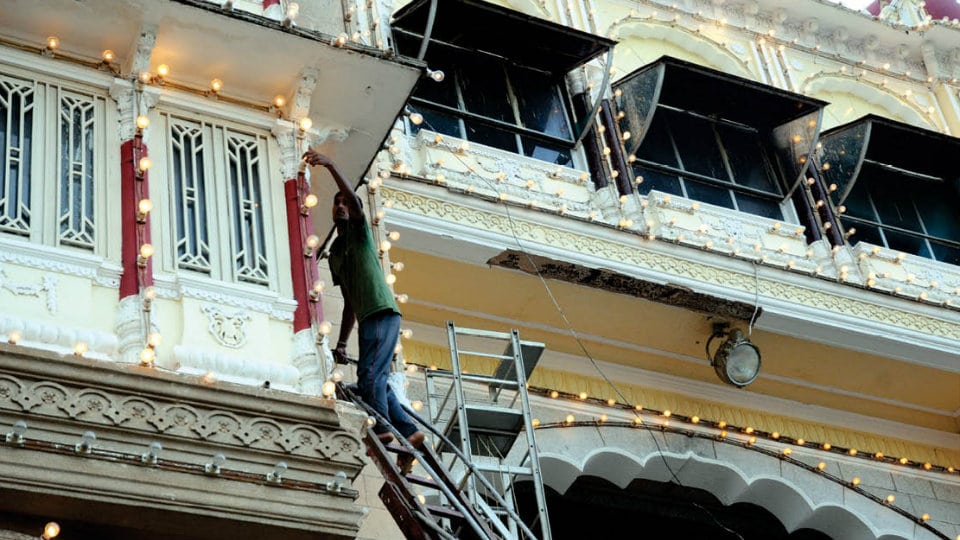 15,000 bulbs in Mysore Palace to be replaced

Mysuru: Dasara is fast approaching and the iconic Mysore Palace is the focus where most of the action happens. One of the major attractions is the illumination of the Palace with one lakh bulbs glowing. However, during the year some 15,000 to 20,000 bulbs become defunct and they have to be replaced.

Like every year this year too tenders have been called to replace the bulbs, said Palace Board Deputy Director T.S. Subramanya speaking to Star of Mysore here this morning.

Asked why the incandescent bulbs only were being used instead of LED bulbs, he said that the latter does not have the same golden glow, as the ordinary 15 watt bulbs. Besides, the LED bulbs produce a shadow and hence it is not used.

There are three transformers which keep the bulbs glowing. During Dasara, the Palace will be illuminated on all the ten days. Every month the electricity bill is about Rs.9 lakh, he said and added that the work on replacing the bulbs using cranes will begin from next week.