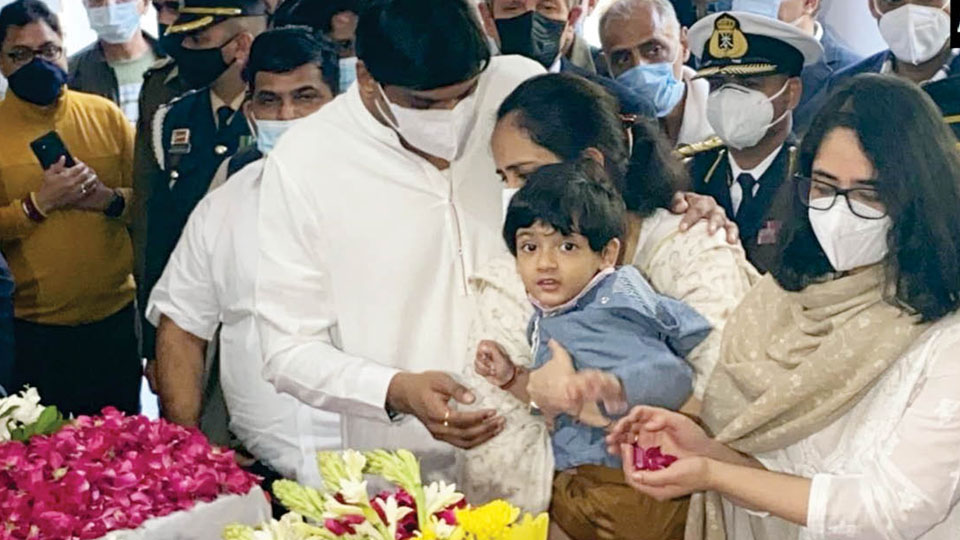 After the playing of ‘Last Post’ and ‘Rouse’, the funeral pyre will be lit by family members

New Delhi: The funeral of Chief of Defence Staff General Bipin Rawat and his wife Madhulika Rawat, who were among 13 people killed in a helicopter crash in Tamil Nadu Wednesday, will be held at Brar Square crematorium in Delhi Cantonment after 2 pm today.

The Army has said the public can pay their tributes between 10 am and 1.30 am today, following which the bodies will be taken to the Brar crematorium. Elaborate arrangements have been made for the funeral procession of General Rawat, the country’s first Chief of Defence Staff and a former Army Chief.

A total of 12 officers from the three services — Army, Navy and Air Force — of the rank of Brigadier and equivalent are on vigil duty to maintain continuous watch over the General’s body. Six officers — two each from the Army, Navy and the Air Force — of the rank of Lieutenant General or equivalent will be the pall-bearers who will carry the national flag.

A ceremonial battery of the 2233 Field Regiment is providing gun carriage. A total of 800 service personnel will be in attendance for the military funeral of the CDS. The Chief of Defence Staff is being accorded a 17 gun salute as per laid down protocols. After the playing of the Last Post and Rouse by the Tri-services buglers, the funeral pyre will be lit by family members. 99 personnel of all ranks from the Army, Navy and Air Force and 33 members of the Tri-Services band will form the front escort while 99 personnel of all ranks from the Tri-services will act as the rear escort.