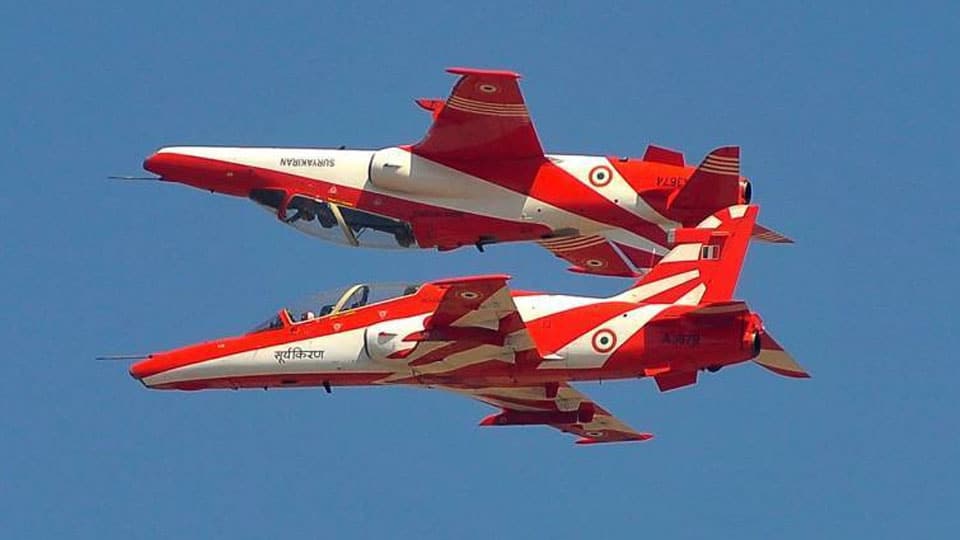 Bengaluru:  Two aircraft of Indian Air Force’s Suryakiran Aerobatic Team crashed in Bengaluru today, a day before the opening of the Aero India show, a top Police official said. The accident took place at around 11.50 am during a rehearsal session at the Yelahanka airbase in North Bengaluru.

Two out of the three pilots of the jets have ejected safely, initial reports said. Details of the third pilot are not known so far.