Home » Feature Articles » 2020 Year End Review: Is it the Beginning of the End of the Three Great Champions ? 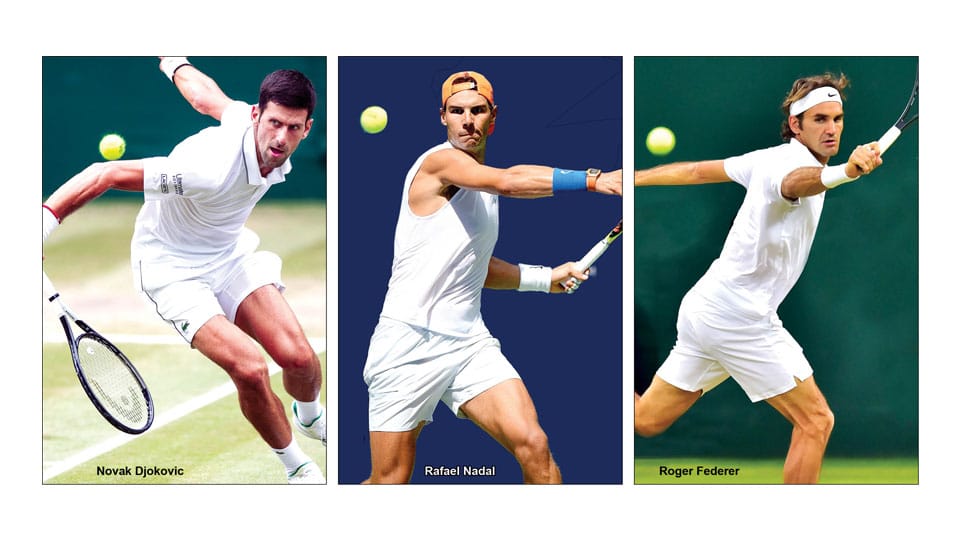 2020 Year End Review: Is it the Beginning of the End of the Three Great Champions ?

With the conclusion of ATP Finals at O2 Arena in London in mid November, the curtain closed for the 2020 ATP Tennis season. Normally the season has about 70 ATP tournaments plus over 100 Challengers and ITF Features tournaments spread throughout the year and all over the world. However, due to the pandemic, less than half the tournaments were conducted that too the later tournaments of the year were conducted with empty stadiums.

During the season, three out of the four Grand Slam events and only three out of the nine Masters 1000 tournaments could be held. The three Slam events were shared one each between Novak Djokovic, Dominic Thiem (his maiden title!) and Rafael Nadal. By winning the French Open for the 13th time, Nadal equalled Roger Federer’s all time record of 20 Major Titles. The ATP Finals, which is generally considered as the fifth Major title of the season, was won by Daniil Medvedev, the fourth ranked player of the world. Thus, the top four ranked player won each one of the important four tournaments.

Meanwhile, Roger Federer, after losing in the semi-finals in the Australian Open, opted out of the tour for a knee surgery and did not participate in any tournament during the year. Thus, his ranking dropped from the third place in the beginning of the year to fifth at the end of the year.

Now, let me try to make some quantitative analysis of the results. As in the past analysis, I am giving 1.0 point to a major winner, 0.5 point to the runner up, 0.75 to winner of ATP Finals and 0.1 point each to an ATP tournament winner. As per this analysis, the results are given in a table above.

As per the above numbers, the 33-year-old Novak Djokovic is the best player of the year. He also regained his No. 1 ranking after his Australian Open victory and maintained to keep his position till the end of the season. Of course, the middle five months of the year, as no tournaments were held, the ranking positions were frozen!

While Rafael Nadal had enough points to maintain his No. 2 position, the ones who really moved upwards are Dominic Thiem and Daniil Medvedev who now occupy the third and fourth position in the year ending ranking.

Now, coming to the second question that whether 2021 is the beginning of the end of the three great champions, although the writing is on the wall, one has to wait and see. As per the past history from the time Roger Federer won his first Major title in 2003, there have been 69 Grand Slam Events so far. Of these, 57 titles have been cornered by the three great champions, with three each by Andy Murray and Stan Wawrinka. Only six titles have been shared by six other individuals mainly before Djokovic started winning the Majors in 2008.

According to me, it is up to the youngsters to step up. Some of them, especially the two named above have shown their mettle. For example, in US Open Semi-finals, Nadal had a match point in his favour but Thiem denied him. Similarly, in the semi-finals of ATP Finals, Djokovic led 4-0 in the deciding tie breaker but Medvedev hit some unbelievable returns and won the match.

Now that some of the youngsters (actually at 24+ years of age they are not really youngsters) are giving a befitting reply to the old-timers, the three oldies either have to gracefully retire like Borg or Sampras (both prematurely), or like Rosewall or Connors go on playing until they start losing in the early rounds in their forties! I happen to believe that while it might be the end of the road to Federer, there might still be some juice left in the other two players.

ONE COMMENT ON THIS POST To “2020 Year End Review: Is it the Beginning of the End of the Three Great Champions ?”