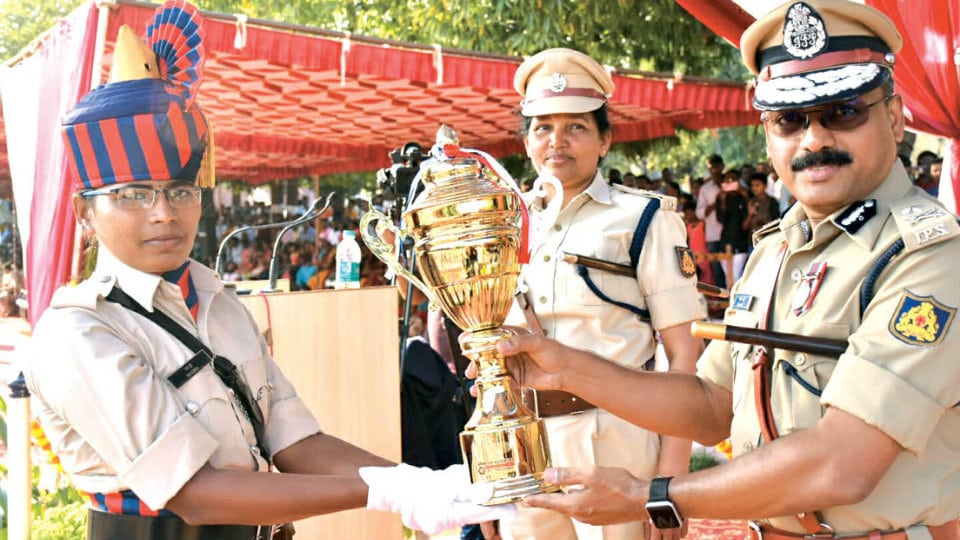 Speaking after receiving the Guard of Honour, IGP (Training) S. Ravi asked Police personnel to work sincerely and maintain discipline throughout their career which they learnt during their 8-month training. Highlighting that developing knowledge, skills and values is key for success in the Police Department, the IGP stressed on the need for saving public properties and lives. Underlining the need for serving the society through honest efforts and practices, he said it was important to effectively take on the challenges that arise during the career of a Policeman.

S. Ravi  also gave away prizes to the best performing probationers on the occasion.

239 Women Police Constables Passing out Parade
There is No escape from myth
1,000 traffic violation cases booked in two hours !