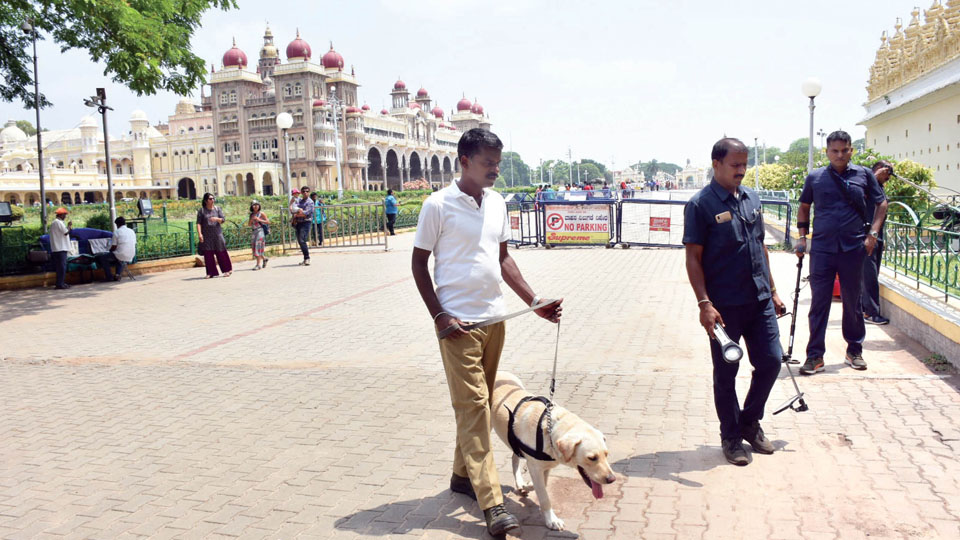 First batch of Cops to arrive in city on Sept. 24

Mysore/Mysuru: For hassle-free, safe and to see that no untoward incidents take place during Dasara, an additional 3,079 Police personnel drawn from various districts have been deployed in city for security.

The third batch of 1,391 Civil Police, 157 Traffic Police and 10 KSRP officers including three Additional SPs, 18 Dy.SPs, 55 Inspectors and 115 Sub-Inspectors will arrive on Oct. 3.

These Police personnel have been provided accommodations at Kalyana Mantaps, Schools, Hotels and Hostels and their food will be taken care by the Mysuru City Police Department.

As soon as the additional Police personnel report to duty, senior Police officials will brief them about their responsibilities.