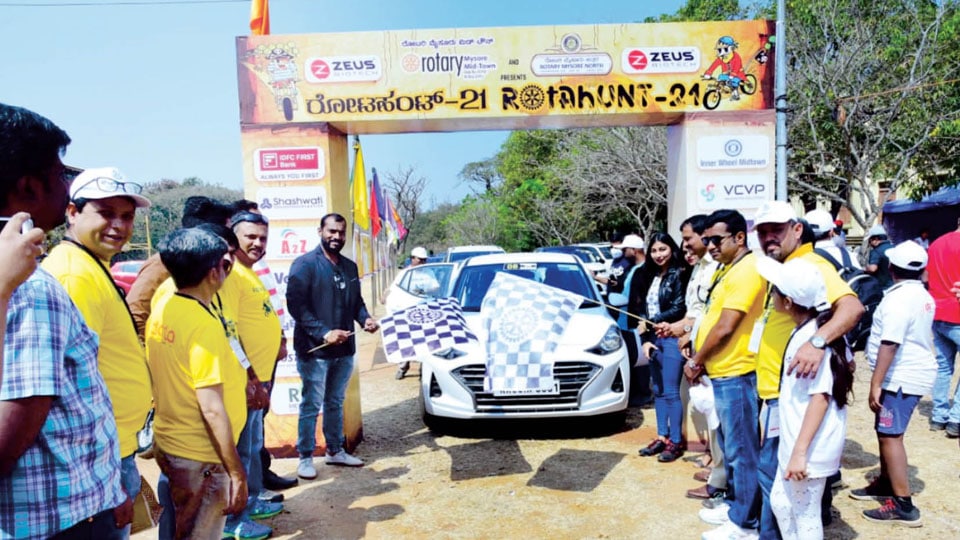 The annual event was inaugurated by Assistant Commissioner of Police (Traffic) Sandesh Kumar. Ace international rallyist Lohitt Urs and his team were the organisers of the event. Rtn. Rithesh Baliga, District Secretary-Events, Actor Jagadeesh Kumar and Lohitt Urs were the guests of honour.

ACP Sandesh was all praise for the event as it is a stress-buster after the COVID-19 pandemic. Over 30 to 35 cars and bikes participated in this fun-filled event. Families and friends as a group were involved as teams.

Shakuntala – Co-Driver, Malini and Rukmini-Crew). The second prize went to Sumukha and team and the third prize was bagged by Rtn. Kishore Biddappa and team. Two consolation prizes were awarded to fourth and fifth places in memory of Madhukar Bhagawan, who was a two-wheeler rallyist. Special prizes were awarded to all-ladies team, best-dressed team and best family team, according to Rtn. A.N. Aiyanna, President, Rotary Mysore Midtown.