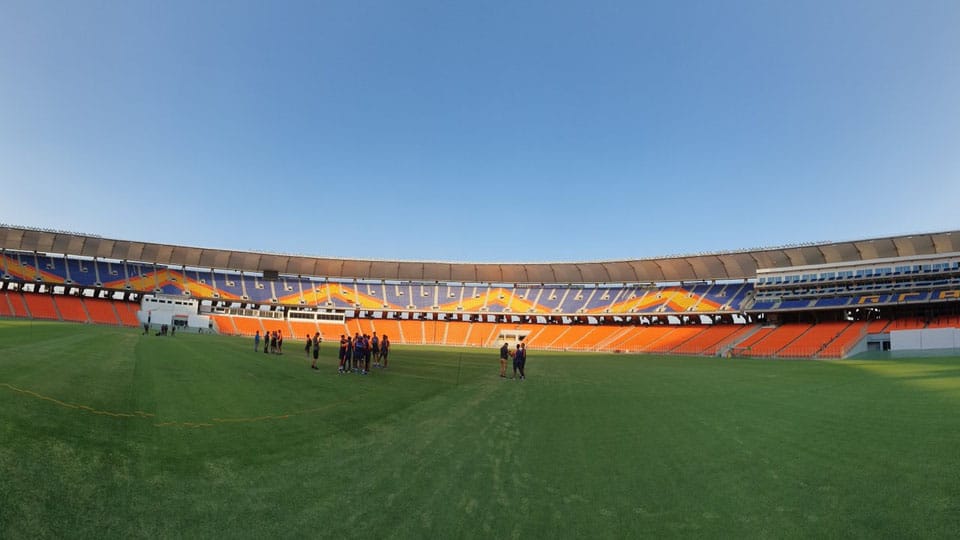 Motera Stadium in Ahmedabad will be formally inaugurated tomorrow (Feb. 24) by President Ram Nath Kovind in the special presence of Union Home Minister Amit Shah, to host the third Test between India and England.

The Motera Stadium claims to be the largest cricket stadium in the world. It was constructed in 1982, and initially had a seating capacity of housing 49,000 cricket fans. However, the seating capacity has now been boosted to over 1,10,000 following reconstruction of the stadium which started in October 2015, going on to end in February 2020.

Melbourne Cricket Ground (MCG) in Australia, now has the second-highest seating capacity of 1,00,024. The iconic Eden Gardens has the third highest spectator capacity of 66,349.

Motera Stadium will host final two Test matches of the ongoing four-match series between India and England. The Test series is currently drawn level at 1-1.

There have been two Test matches played between India and England at Motera Stadium so far. While the first Test between the two sides played in 2001 ended as a draw, India emerged victorious in the second game which took place in 2012.

The upcoming Test between India and England will be a day-night Test, only the second one to be held in India after the pink-ball Test against Bangladesh at the Eden Gardens in 2019.

It may be recalled that Motera Stadium hosted then American President Donald Trump and his family along with Indian PM Narendra Modi for the event titled ‘Namaste Trump’ in February 2020. It was a response to ‘Howdy Modi’ event held in Houston in September 2019.