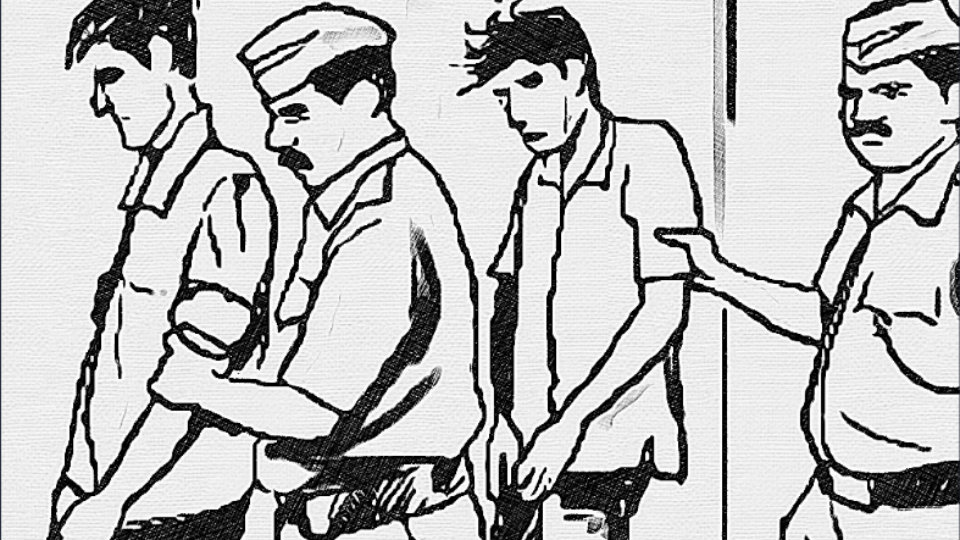 4 persons including a minor arrested for youth’s murder

Udayagiri Police have arrested four persons including a minor on charges of murdering a youth using glass piece on Mar. 19.

The murdered youth has been identified as Shunesh Kumar (30), a resident of Raghavendranagar 10th Cross in city. Those arrested have been identified as 24-year-old Rakesh, 27-year-old Gururaj, 22-year-old Shivu and the minor boy. All the four were picked up from a relatives house in Kattemalalawadi in Hunsur.

The case: It is reported that Shunesh Kumar used to come home drunk every night and used to pick up quarrel. Rakesh, who was fed up with this, had even questioned Shunesh many times but in vain as the same thing repeated every night.

On Mar. 19 night, Shunesh, as usual came home drunk and picked up a quarrel. The four youths, who managed to pacify Shunesh, brought him (Shunesh) to a deserted place near Jyothinagar Convent in Raghavendranagar and stabbed him on his stomach using the glass of a TV screen and had fled from the spot. Udayagiri Inspector P.P. Santosh, who had registered a case, took up the investigation and arrested the four.