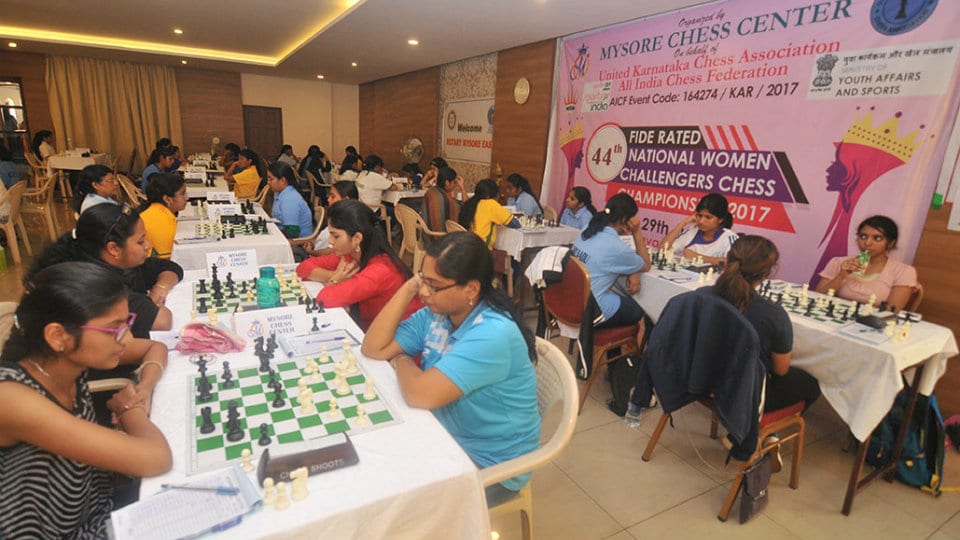 Lowly rated V. Rindhiya from Tamil Nadu (Rating 1485), playing a excellent game on the fifth board with white pieces, shocked fifth-seeded WGM Bhakti Kulkarni of Air India (Rating 2255) in 39 moves in the lone upset, on the inaugural day of the nine-day 44th National Women’s Challenger Chess Championship-2017, conducted by the Mysore Chess Centre under the aegis of the UKCA and AICE at Kanteerava Narasimharaja Sports Club (Mysore Sports Club) in city yesterday.

All other seeded players had a smooth passage to the second round with wins. Playing on the top board with black pieces, top-seed WGM Soumya Swaminathan (PSPB-rating 2349) had to come back strongly after making a wrong 28th move to beat Bihar’s Garima Gaurav (rating 1535) in 65 moves.

Second-seeded WGM Mary Ann Gomes (PSPB), playing with white pieces on the second board, took her time to recover from an interesting position against Pracheta Agarwal of Jharkhand (rating 1526), recovered to post a win in 44 moves. Commonwealth Champion WGM Swathi Ghate (LIC), playing with back pieces, registered a easy win over her rival WCM C. Vyshnavi (AP)  in 27 moves.