Home » Columns » Abracadabra By K. B. Ganapathy » 50 years of Freedom and Failures 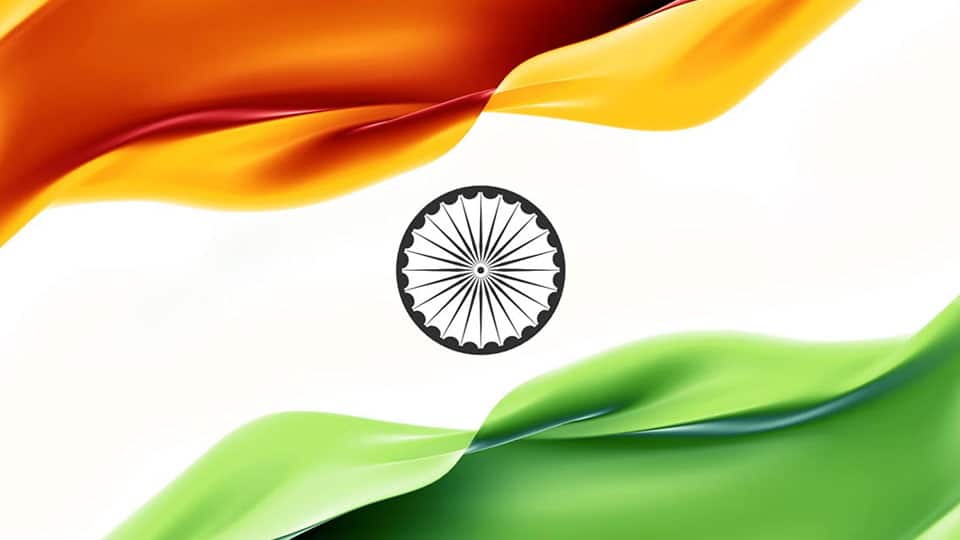 50 years of Freedom and Failures

Going back 20 years, on this 70th year of our Independence, Star of Mysore produces here the Abracadabra published on 14th Aug. 1997, the eve of India’s 50th year of independence, for your reading pleasure.—Ed

This is an occasion for important magazines and newspapers all over the world to write about India’s 50 years of Independence. This is also a time for similar kind of exercise for all TV Channels. Of course, the book publishing houses have not lagged behind in their efforts to bring out books about India’s partition and Independence this year. This is as it should be. After all it is an important and effective means of telling the new generation all that they should know and also all that they would be better off not knowing.

The ‘National Geographic’, in a special feature ‘India turning fifty’ has succinctly summed up the India of today and as an Indian I agree:

“Stare at the underbelly of Asia and behold the Indian behemoth: 950 million people — one-sixth of the world’s population — who live in a country one-third the size of the U.S., who speak more than thousand languages and dialects, and who support more than 20 political parties in the world’s biggest and perhaps boldest experiment in democracy. Five decades after gaining its independence from Britain, India still struggles to balance its political ideals with a populace that pulls this union in profoundly different directions.”

Indeed in different directions. This may appear pulling itself towards disaster that one may as well exclaim, ‘Things fall apart. The centre cannot hold’.

For many midnight’s children   and those who were born a few years this side or that side of that midnight, it may be a dilemma of the ‘To be or not to be’ kind — whether to celebrate the occasion or just observe it. It is a sort of bitter-sweet feeling.

Bitter not for our failures but for the tragedy of the partition in which the world’s biggest ever migration of uprooted people numbering ten million took place between India and the newly-created Pakistan resulting in a holocaust in which nearly a million were killed, all in the name of religion.

The fundamental premises on which the country was partitioned has since proved wrong on either side of the border. The Muslim League which fought for Pakistan declared that religion defines nationhood. Therefore, Muslims are a separate nation from the rest who inhabited the undivided India. Fortunately other religious minorities in the undivided India did not think so. Yet it is an irony that “though Pakistan was set-up as an Islamic nation, crores of Muslims chose to remain in India in a ringing endorsement of our idea of India as a multi-religious, multi-ethnic, multi-lingual country with an unbroken common tradition and a composite culture respected worldwide”, as the former Ambassador of India Mr. A. Madhavan opined recently in his lecture in Dhvanyaloka here.

Of course, it is said it was Lala Lajpat Rai who advocated the ‘two-nation theory’ as early as 1924, implying that it was before the Muslim League advocated such a theory. Whatever it is, truth was, and if I may be pardoned, is that a large majority of Hindus and Muslims may as well entertain a feeling that it was better the division took place because to that extent the frequency and intensity of communal disharmony and riots are reduced! The same sentient could be found across the border as well.

But then, it is said only 3.3 per cent of the Muslims of (undivided) India voted for Pakistan and they have already migrated to Pakistan and Bangladesh. If it is so, how can anyone blame the Muslims, who remained in India for the creation of Pakistan?

In short, the point is whether the truncated secular India has answered satisfactorily the question of Muslim India that caused the partition.

There is another reason for feeling sad on the 50th year of our Independence. The country has made very little progress in the field of health, education and economic development and the question arises as to what we are celebrating. Have we redeemed the pledge our founding fathers took 50 years ago? Nehru and other members of the Constituent Assembly took a pledge to dedicate themselves “to the service of India and her people and to the still larger cause of humanity”. What are we doing now?

It is said one can easily judge whether a country is poised for progress by its communication facilities like roads and telephones. On both these fronts, the achievements are gloomy. Can you imagine that a metropolitan city like Bangalore with more than 60 lakh people and a vehicle population of 10 lakh doesn’t have a single flyover, not to speak of four-lane roads or even two lanes? When India became independent 50 years ago, the number of people waiting for telephones was 5 per cent of those 80,000 who had telephones. The figure for 1995 waiting list was 25 lakh. This meant 25 per cent of those who owned phones in that year. Some have observed that in five decades after 1947, India’s leaders have looted and stripped the country more thoroughly than could marauders coming through the Khyber Pass in five centuries. So what is there to celebrate is a million dollar question.

The trauma of partition seems to haunt the older generation Indians, specially the freedom fighters, who were witness to the happening. But it is wise to remember that partition was not new to this country. The only difference this time around is that it is based on the religion and despite partition people on either side of the border are not happy. This should prove that in the ultimate analysis it is wrong to believe religion alone               defines nationhood.

According to historians, the first partition of the country was by Shah Jahan, the Mughal emperor, who divided his empire between his sons. The story goes somewhat like this: While Shah Jahan was busy with his buildings, impatience was building up in his sons. for one, he called his eldest son, Dara Shikoh “Shah Buland Iqbal”. His other son, Aurangzeb considered this as an                                      outrageous lie. He was a few inches ‘Buland’ (taller) than Dara Shikh. To prove this, he moved about impatiently with a sharp inch-tape to measure the neck of Dara.

When Dara heard this, he merely smiled. What his brothers did not understand was that he was ‘buland’ in intellect. Shah Jahan had dispersed them all. Shuja was Governor of Bengal, Murad of Gujarat and Aurangzeb of Deccan. This was the first partition of the country by a partisan father.

All the same this kind of partition is not disturbing to the subjects, the people, who live in different partitioned regions. In a sense even now with so many States in the Indian Union, it is a sort of partition. But the vivisection of India of 1947 was not merely geographical in nature. It was of human sentiments where each individual is uprooted from the soil of his birth and growth and transported to a new region to live among strangers who were mostly hostile to the newcomers.

Thus reflecting on that period and time 50 years ago, one is both happy and sad. But let us not carry the burden of sadness. Rather let us carry on with our work of building a progressive (if you don’t like the word Secular) and a dynamic nation. Jai Hind.—PUCK

Note: This column used to be written under the pseudonym of PUCK which some used to mispronounce. Hence, in the interest of morality I began to write in my own name.—KBG