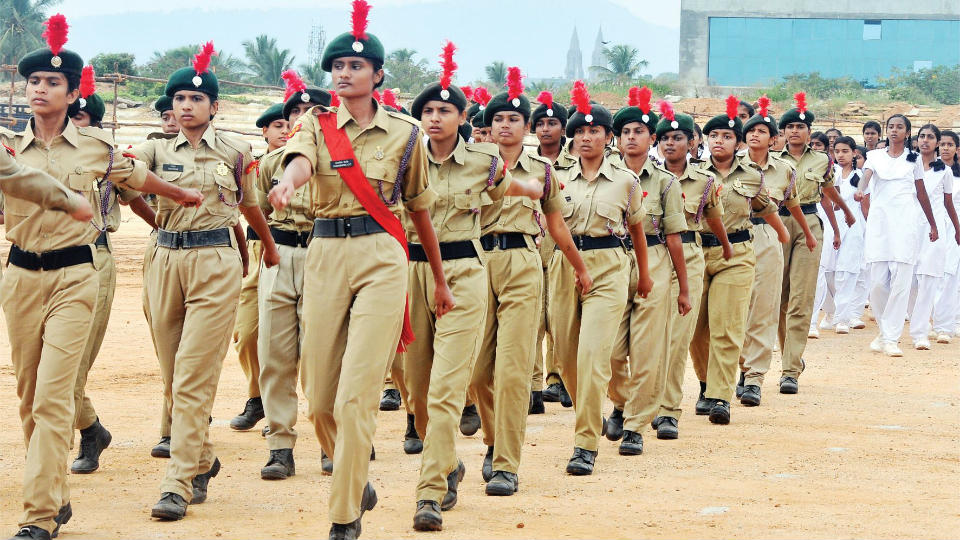 Mysuru: There was patriotic fervour in the air as Police Commissioner Dr. A.Subrahmanyeswara Rao took the guard of honour to mark the final rehearsal ahead of the Independence Day.

The rehearsal, jointly organised by the District Administration and Mysuru City Police, began at the Bannimantap Torch Light Parade Ground at 9 this morning.

This was followed by the cultural programme rehearsal by nearly 1,500 school children. Each school had a theme related to the independence movement and other issues facing the country today, which the children were seen presenting in dance forms.

The High School and Middle School students of St. John’s Educational Institute presented a dance form that depicted the social problems to create awareness as to how to fight them, while the students of Adhyayana Shikshana Samsthe and People’s Park Government School produced a dance sequence related to the national unity, which is the need of the hour. 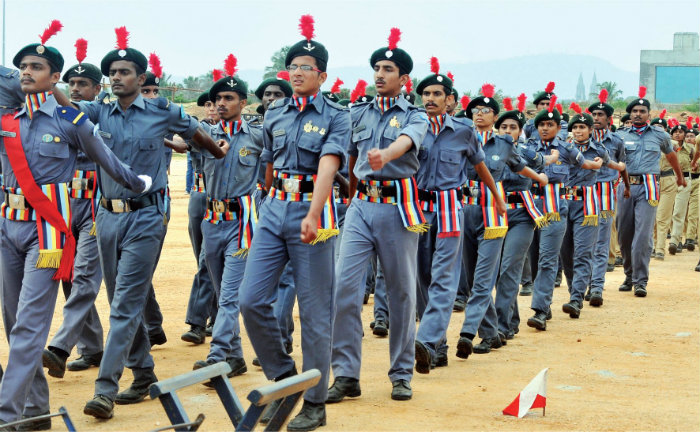 Another item that impressed the most was students of 12 schools coming together to highlight the sacrifices of national leaders during the freedom movement like Mahatma Gandhi, Jawaharlal Nehru, Subash Chandra Bose, Sardar Patel, Dr. B.R. Ambedkar, Deendayal Upadhyaya and other freedom fighters who enthused by the cry of the Father of the Nation had sacrificed everything to gain freedom.

This dance-drama spectacle had the scattering of spectators spell bound, as the students did not forget to depict saints like Basavanna to drive home the message that all are one and everyone should be united to fight against caste and religious discrimination.

The first and second rehearsals in which only the contingents from various disciplines participated was held on August 11 and 12 and on the last day today, schoolchildren also joined them. Police SI M. Babu compered the programme.