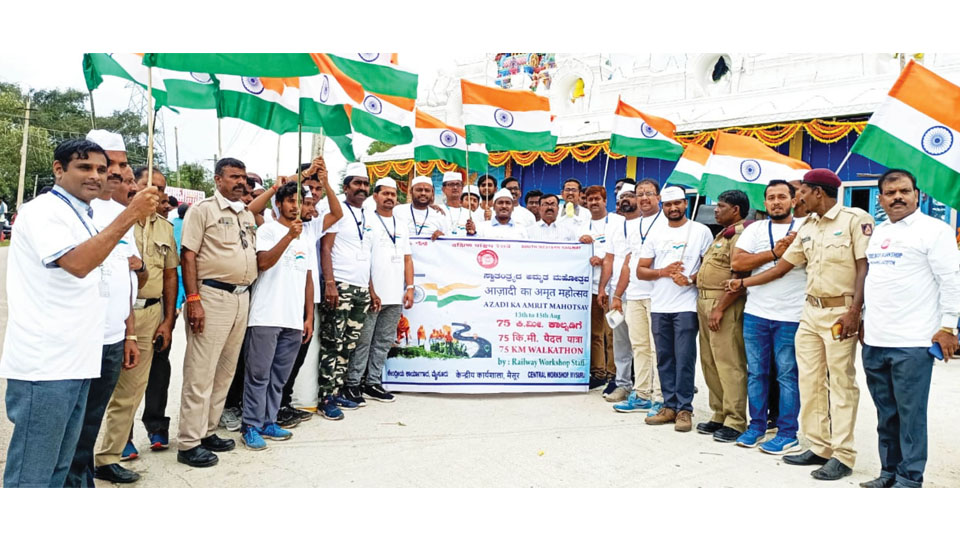 Mysore Paints and Varnish Ltd. (MPVL): The 75th I-Day was celebrated at MPVL premises with MPVL Chairman Raghu Kautilya hoisting the National Flag on the occasion. Managing Director G. Kumaraswamy, General Manager C. Harakumar, officers and staff were present. On the occasion, children of MPVL staff who had scored high marks in SSLC and PUC were given Pratibha Puraskar.