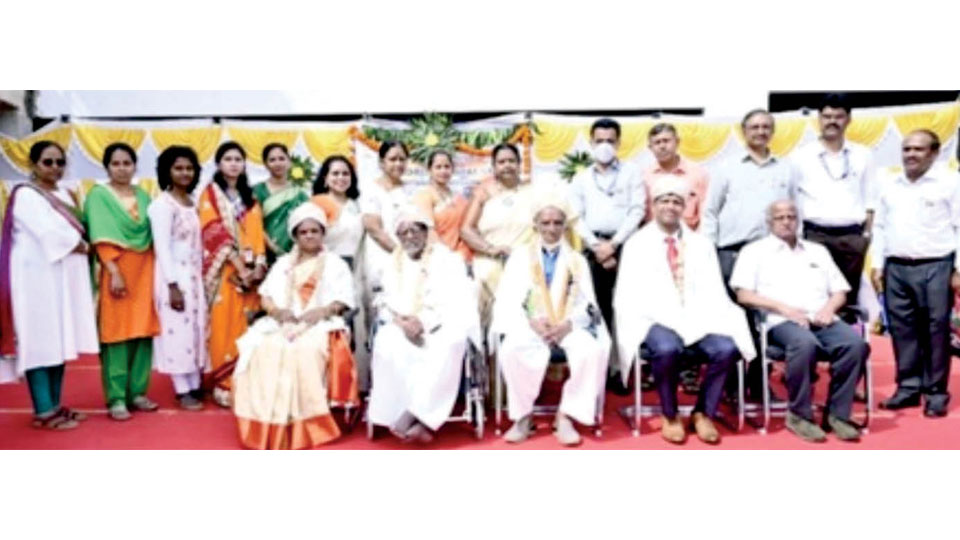 A magazine on “Unsung Heroes of Our Freedom Struggle” was released and the guests were felicitated.  Ramaprasad proposed a vote of thanks.

Mysore Race Club (MRC): Y.B. Ganesh, Chairman, MRC, hoisted the National Flag  in the presence of the Managing Committee, Members, Staff, Trainers, Bookmakers and Jockeys. A formation of India Map by the participants wearing Tricolour attires and sporting Flags was the main attraction.

St. Lawrence International School, Yadavagiri: The 75th Independence Day was celebrated with great enthusiasm by the St. Lawrence International School community. The celebration started with the hoisting of the Flag and the National Anthem being sung by one and all.  The little ones paid their respect to the Tricolour and sang “Aye Watan…” Students paid tribute to the freedom fighters and danced for “Vande Mataram.”

Youth Hostels Association of India (YHAI), Mysuru Unit: In all, 75 cyclists participated in the Cycle Rally from International Youth Hostel in Gokulam to KRS on account of Azadi Ka Amrit Mahotsav celebrations.