Home » News » 8,000 homes at Vijayanagar 4th Stage to get water from three Tanks 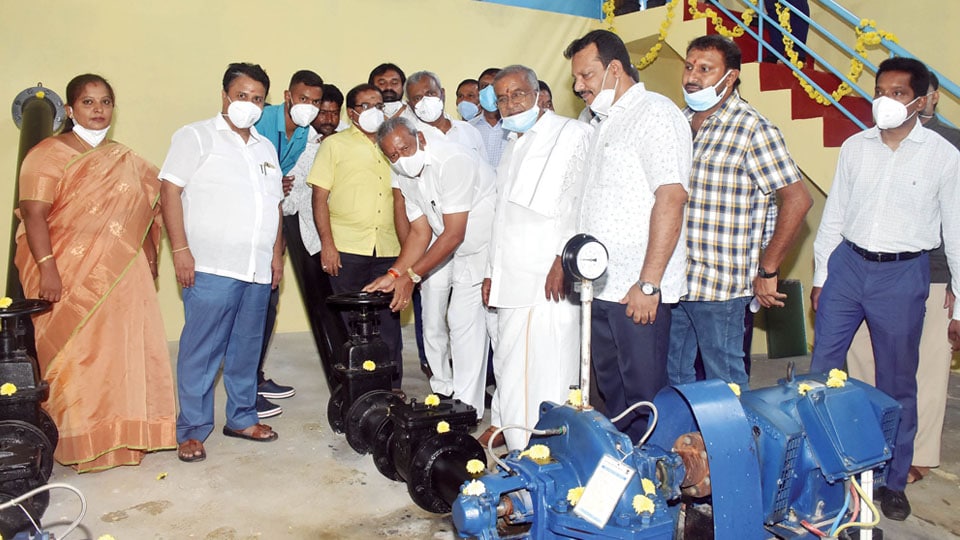 8,000 homes at Vijayanagar 4th Stage to get water from three Tanks

They inaugurated an overhead tank that has a capacity of storing 10 lakh litres built by MUDA and also two new ground level reservoirs with a capacity of 6.5 lakh litres capacity at a cost of over Rs. 3.29 crore. These projects would supply water to over 8,000 residents of Vijayanagar Fourth Stage.

During the inauguration, MLA G.T. Devegowda drew the attention of the Ministers about the fact that though Vijayanagar is known to be one of the largest residential Layouts, it lacked basic amenities.

Somashekar told reporters that MUDA has developed several Layouts and many of them were yet to get all necessary basic amenities. The problems they were facing are being addressed and facilities are being provided.

Minister Basavaraj said that a decision would be taken for spending Rs. 98 crore for developing basic amenities in the new MUDA Layouts.

Instead of going in the official cars with huge convoys, the two Ministers decided to go in two buses. Even officials also travelled along with the Ministers in the buses to various locations. The Ministers spent around 30 minutes at each place.

A pat for DC

Minister Somashekar has patted Deputy Commissioner Dr. Bagadi Gautham for working efficiently and said that the officer was bringing a good name to the Government.

“Hitherto, people were coming to me with a list of problems as the District Administration had failed to address them. But the incumbent DC Dr. Gautham does not keep any file on his table for more than ten minutes. So, people have stopped coming to me with memorandums,” Somashekar said.