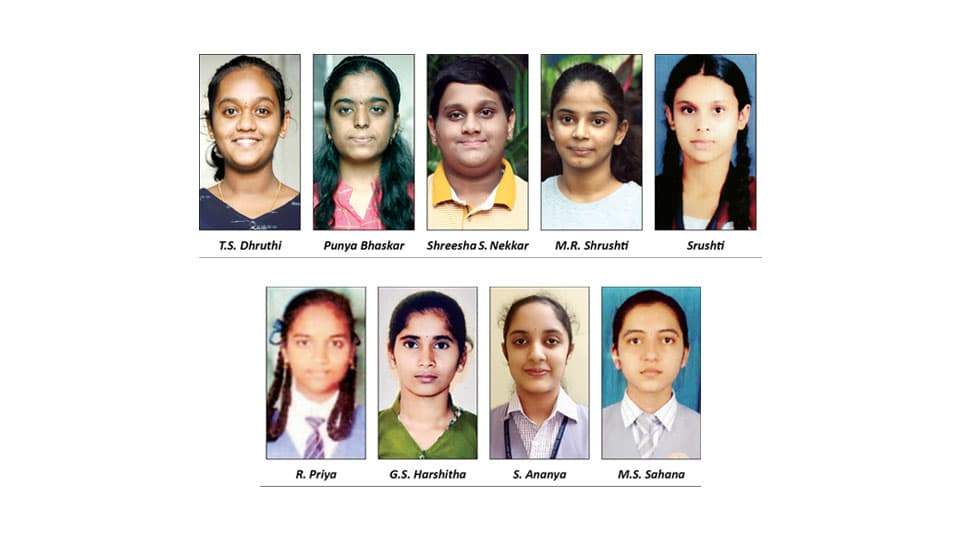 Out of the 157 students who secured full marks 625/625 in SSLC exam this year, 9 are from Mysuru district

Mysore/Mysuru: DDPI Ramachandraraje Urs told Star of Mysore that six out of the nine students who secured 625/625 marks were from the city and three others came from different parts of the district.

Pointing out that 37,339  out of the 37,536 registered students had appeared for the SSLC exam this year, Urs said that Mysuru district too has been accorded A grade just like all other educational districts.

Noting that five of the six full marks scorers from the city are from Schools that come under Mysuru South Zone BEO, the DDPI said that the Department is awaiting full details of results to know how many students have secured cent percent marks in each subject in the district.

Vijaya Vittala School in Sarawathipuram has made an impressive record in the SSLC exam this year. Apart from Srushti, who scored 625 out of 625 marks,  Abhigna Urs, R. Ananya, M. Jyothsna and S. Pranathi have bagged 621 marks each, securing fifth position, while Aditya R. Nayak and H.V. Manvith have come 7th with 619 marks each and S. Vaishnavi has secured 9th position securing 617 marks. Overall, 26 students of the School have secured more than 96 percent marks, while 54 have secured over 85 percent marks and 65 students have scored more than 60 percent marks.

Excited with her result, T.S. Dhruthi of Sadvidya said that she could secure full marks with help from her teachers and parents. She wants to become an Engineer, she added.

G.S. Harshitha of Government High School in T. Narasipur taluk said that apart from attending online classes regularly, she prepared notes for herself and studied text books whenever possible. Noting that the full support extended by her teachers and parents helped her in achieving this distinction, she said she wants to build her career as an Engineer.

Mandya district has the distinction of having eight of the 157 students of the State who secured full marks (625/625). The district has also recorded cent percent results, with all of 20,631 students who appeared for the exam, promoted to the next class.