Home » News » A poet at heart, though a thief 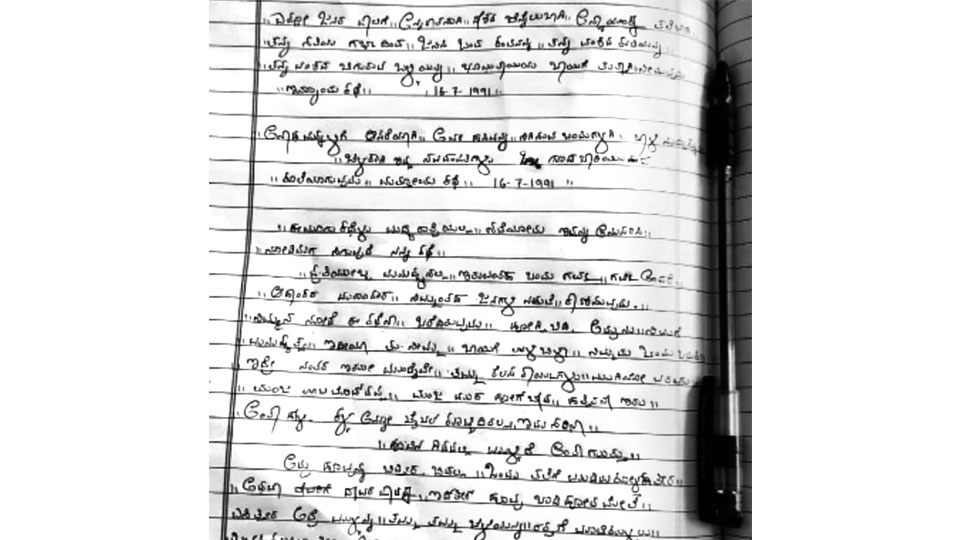 A poet at heart, though a thief

Mandya: A thief, whose attempt to steal money and valuables from an Anganwadi in Mandya district was unsuccessful, wrote a good piece of literature comprising stories and poetry before he left the place. He stayed at the Anganwadi all through the night and gave work to his mind to create the literature. He even cooked ‘Puliyogare’ in the kitchen.

The incident was reported on the night of Tuesday at Hebbani village near Malavalli of Mandya district. Thinking that the Anganwadi will surely contain money and valuables, the thief broke into the building. After thoroughly searching the shelves, the burglar realised that except for a few books and notebooks, there was nothing else to steal there.

He was hungry too and prepared ‘Puliyogare’ with the ready-mix powder and rice and had it to his satisfaction. After dinner, he decided to retire for the night. Meanwhile, his muse inspired him to pick up a pen and a notebook to write stories and poetry. After writing in Kannada — with neat handwriting and legible words — about three pages, the burglar rested his thoughts and slept.

He left the Anganwadi at the crack of dawn. The burglary and the thief’s creative juice were witnessed by Anganwadi worker who came there to open the doors. She alerted the Pandithanahalli Panchayat Development Officer (PDO) who complained to Malavalli Rural Police Station.

In his writing, the burglar has narrated the story of a boy who was accused of killing his mother and subsequently forcing him to leave the village. Almost all the stories touched upon innocence, motherhood, earth, hunger and life. All the stories — or lines — have been dated as 16-7-1991.

Other stories focussed on his family lineage, how a couple had sheltered orphan children, how a certain youth was branded as a thief by villagers. Here too, he has affixed the date 16-7-1991. Concluding his stories, the burglar wrote ‘coming, coming, coming’ in the end. Villagers have expressed their doubts over a youth in the neighbourhood and accordingly, the Police complaint has been filed, said Child Development Project Officer (CDPO) Kumar.