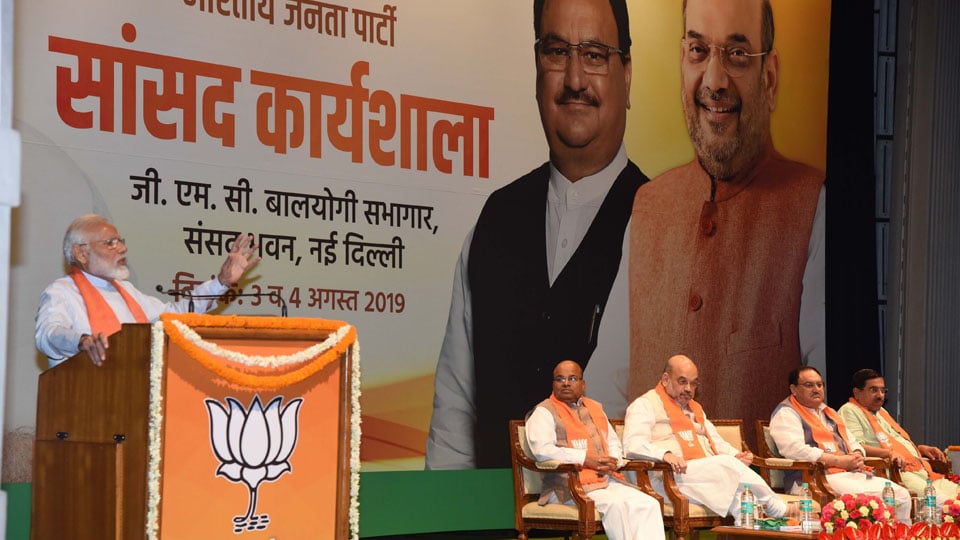 New Delhi: A two-day orientation programme for BJP Parliamentarians, where attendance is compulsory, started today at 10 am.

It began with an inaugural speech by Nadda, while in the evening Shah will speak about the role of MPs in Parliament. PM Modi will address the BJP Parliamentarians tomorrow.

The media was given brief access only for a photo op of the exercise called BJP Abhyas Varga, sources said.

The main purpose behind the compulsory weekend workshop of the BJP seems to be to rein in some erring law-makers.

All through his second tenure, the PM has stressed on discipline, punctuality and not speaking out of turn. Some of his other suggestions to the law-makers include punctuality and regular attendance in Parliament.

“Abhyas Varga,” an exercise already in effect in various States including Himachal Pradesh, is believed to be an effort to familiarise young, first-time lawmakers and also the seasoned law-makers of their rights and responsibilities.

“Many MPs are first-timers. There are also those who have joined us from other political parties. It thus becomes important to organise events that will not only familiarise them with the party but also lay down what is expected of them,” said a senior leader of the BJP. He said that “Abhyas Varga” workshops could happen regularly.