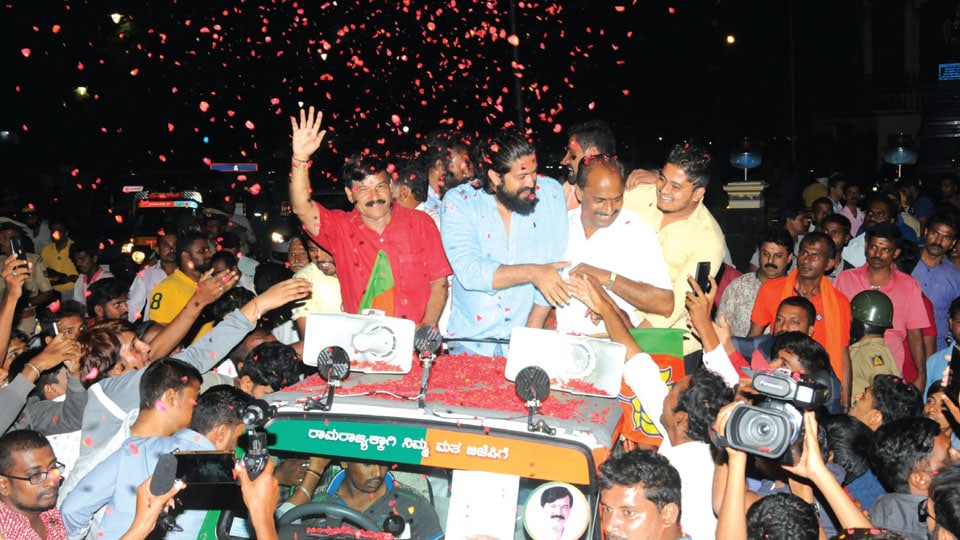 Mysuru: Even as campaign by political parties for the May 12 polls has intensified in the city, actor Yash campaigned for K.R. Constituency BJP candidate S.A. Ramdas yesterday.

Anticipating the actor’s arrival, hundreds of people had gathered at Gun House Circle to have a glimpse of Yash. The Police had a tough time in controlling the huge crowd.

Earlier, speaking to press persons, Yash maintained that he was not associated with the party and was only campaigning for candidates who were close to him, irrespective of party affiliation.

Pointing out that he was campaigning for Ramdas as he knew him for years and about the works he was doing, Yash clarified that he was not interested in politics. Underlining the need for electing responsive candidates, the actor said that he will campaign for all candidates close to him in different parts of the State.