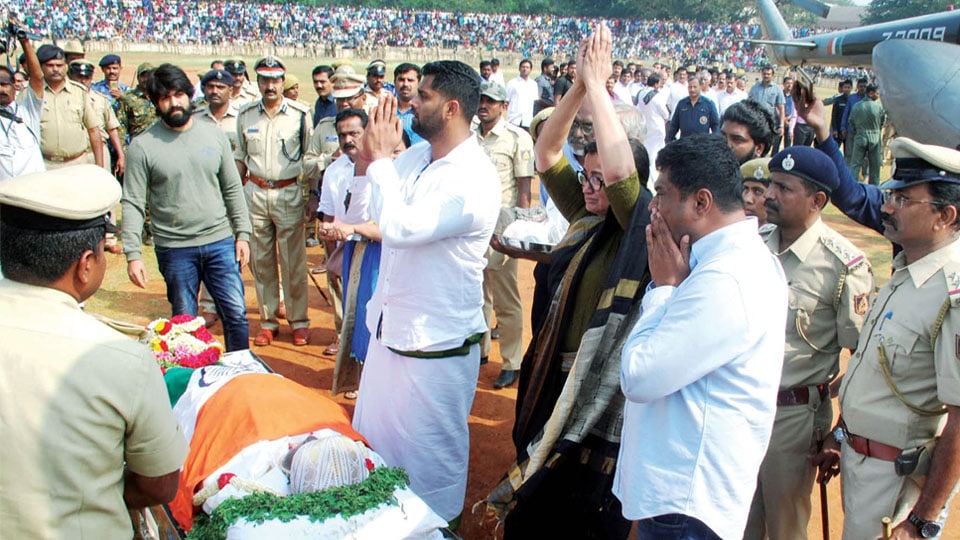 Mandya/ Bengaluru: The last journey of Malavalli Huchhegowda Amarnath, fondly known as “rebel star” Ambarish (66), began in Bengaluru at around 12 noon today. After an overnight opportunity for lakhs of fans to pay their last respects at Sir M. Visvesvaraya Stadium in Mandya, the body was airlifted by a special Indian Air Force Chopper to HAL Airport in Bengaluru at around 11 am today. 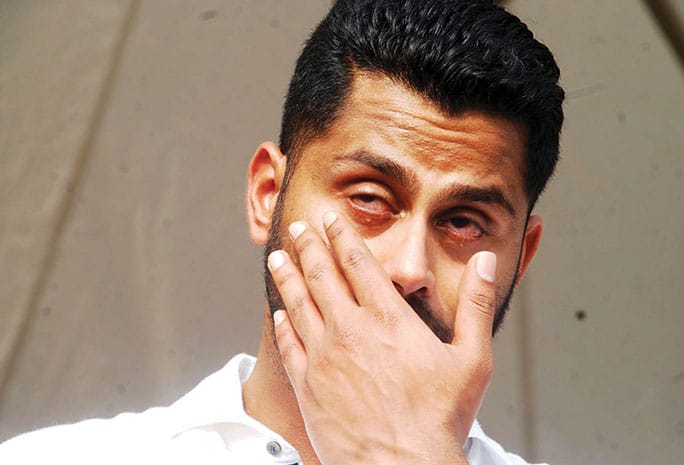 Ambarish’s son Abhishek Gowda, who was calm and composed
yesterday, could not control his tears this morning when the
cortège carrying his father’s body was being air-lifted from Sir
M.V. Stadium in Mandya to Kanteerava Stadium in Bengaluru.

From the HAL Airport, the body was brought to Sree    Kanteerava Stadium through zero-traffic zone from where the last journey began to Kanteerava Studios where the cremation will take place. Priests who will be conducting the funeral rites said that the auspicious time is between 4.30 pm and 5 pm. 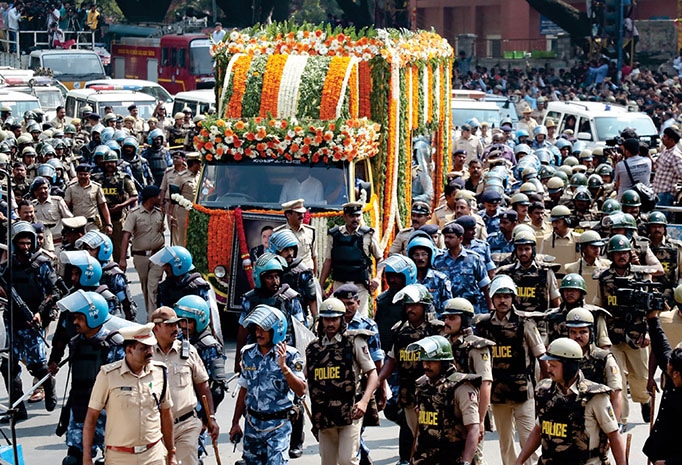 Minutes after the IAF chopper landed at the Sir M.V. Stadium, Ambarish’s son Abhishek Gowda went around the Stadium with folded hands, thanking the people of Mandya for giving his father a befitting farewell. Later, Ambarish’s wife Sumalatha too thanked the crowd. The body was supposed to be airlifted at around 9 am but was postponed to 11 am due to Rahu Kala (7.30 am to 9 am). The entry gates to the Sir MV Stadium were shut at around 9 am and the crowds waited for the IAF chopper which arrived at 10.30 am. Apart from the seats of the Stadium, fans climbed parapet walls and trees. 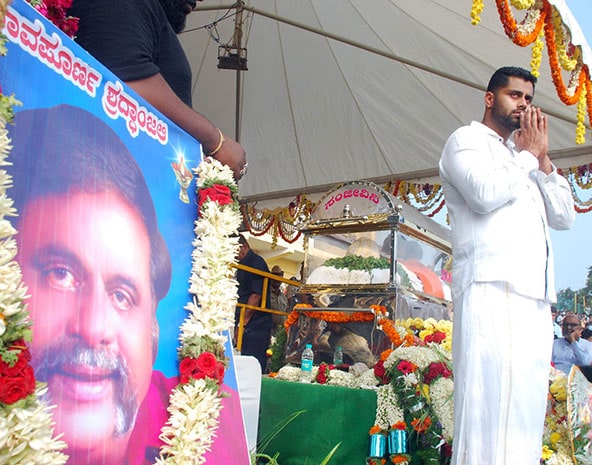 At around 9.30 am, Chief Minister H.D. Kumaraswamy arrived in Mandya in a chopper. He told reporters that a memorial will be constructed in Kanteerava Studios and also a special government programme will be instituted in Ambarish’s name.

More than 11,000 Police personnel have been deployed along the 13-km funeral procession route from Kanteerava Stadium (next to Cubbon Park) to Kanteerava Studios (at Laggere off Bangalore-Pune National Highway). Still, traffic  was thrown out of gear all along the procession route. People gathered by the roadsides and bid farewell for Mandyada Gandu. 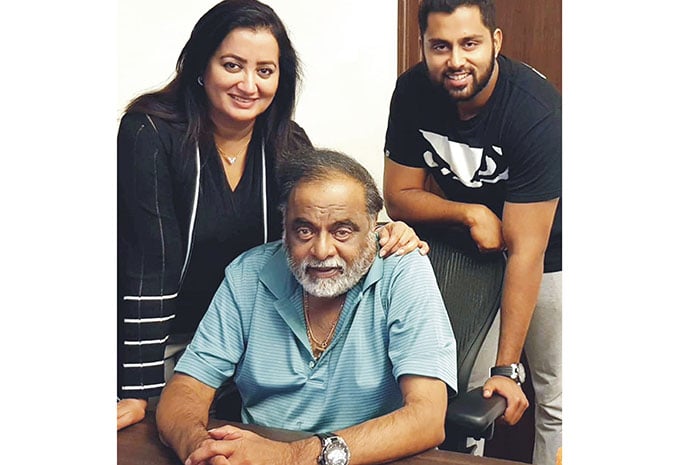 A file photo of Ambarish with wife Sumalatha and son Abhishek