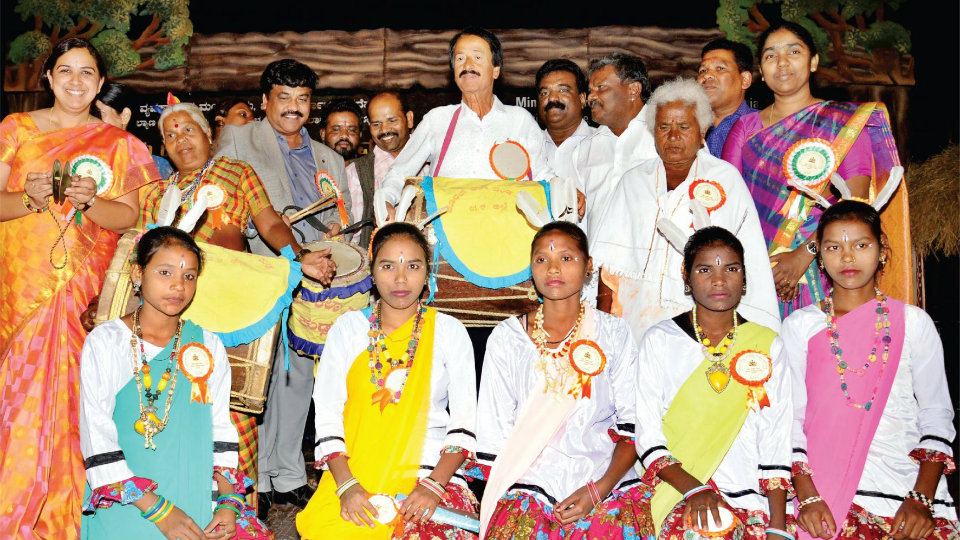 He was speaking at the inauguration of the two-day State-level Tribal festival jointly organised by the Ministry of Tribal Affairs and Karnataka State Tribal Research Institute, in association with the Social Welfare Department and SC/ST Welfare department, at Kalamandira here on Thursday.

The age-old practices of the tribal communities are disappearing in recent times. Globalisation and technology are cutting into tribal culture and art and hence, their way of life is being documented for posterity, he added.

There is a need to create bonding between various tribal communities. There is lack of information about how some of the tribal communities belonging to the Scheduled Tribes are not included. It is sad to see the tribal languages and culture being erased, said Prof. Basavanagowda.

There are 50 tribal communities in the State.  About 35 cultural troupes mostly from Kodagu, Mysuru, Chamarajanagar, Hassan, Chikmagalur, Dakshina Kannada, Uttara Kannada, Shivamogga and Chitradurga districts in the State participated in the festival.

Devamma from Bettada Kuruba tribe in H.D.Kote, speaking on the occasion, said that their tribe belonged to the forests and hills but living in its borders. They were facing firewood problems, but they were not allowed to collect them from the forest. Hence, cooking gas must be distributed on time to all of them.

The government should provide basic facilities in the Hadis, their children should be provided proper education and solve other problems, she demanded and added that more and more such festivals should be organised for their communities so that they could not only show their talents but also discuss their problems.

MLA Vasu, who presided, said that the Congress Government had taken up lot of schemes and programmes for the development of tribal communities. On the one hand the tribals have to protect themselves from animal attacks and on the other follow the Forest Department Acts and as a result they were being exploited on both sides. Hence, the tribals must be made aware of Forest laws, he added.

As a prelude, a colourful procession of the folk troupes of various tribal communities was taken out from Nanjaraja Bahadur Choultry. It passed through Metropole Circle, Vinoba Road and reached Kalamandira where the stage programme was held. Throughout the procession, the culture of the tribal communities was showcased. The tribals with their colourful costumes reflecting their daily lives attracted the attention of the passersby. Tribal leaders Vijaykumar, Gopal Poojary, Krishnaiah and others participated. 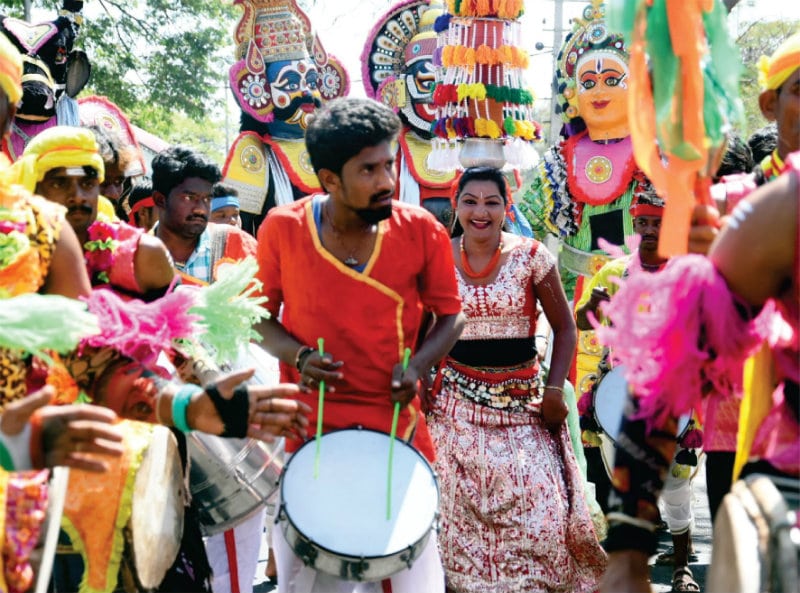