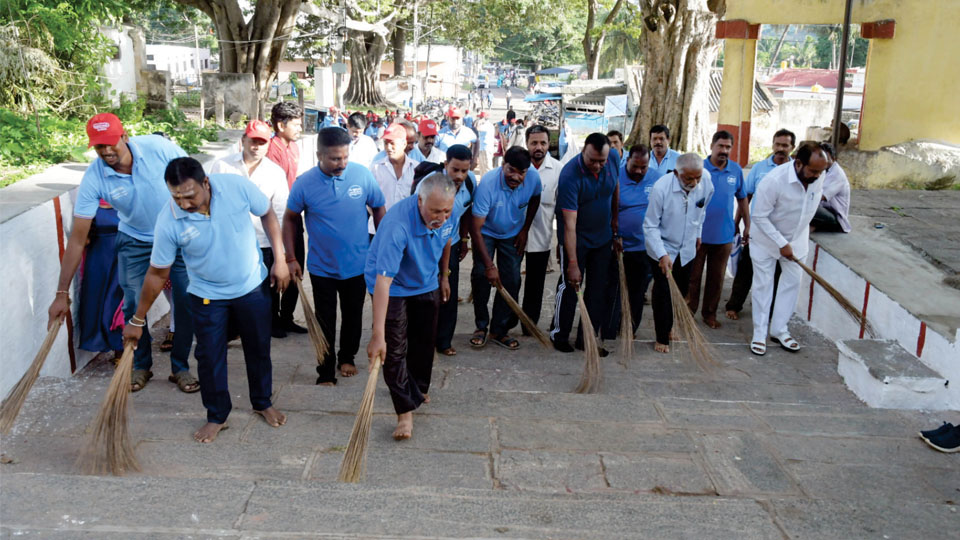 Over 80 volunteers of the Association including devotees took part in the cleaning drive for the sixth consecutive year.

He lauded the Association’s efforts in cleaning the Chamundi Hill steps for the sixth consecutive year without expecting anything in return.

Former Deputy Mayor Siddaraju, who too spoke, said that it is Mysore Maharajas who have the pride of introducing many drives and campaigns in those days to keep the city clean and hygienic. He also recalled the contributions of Nalwadi to keep Mysuru as the cleanest city.