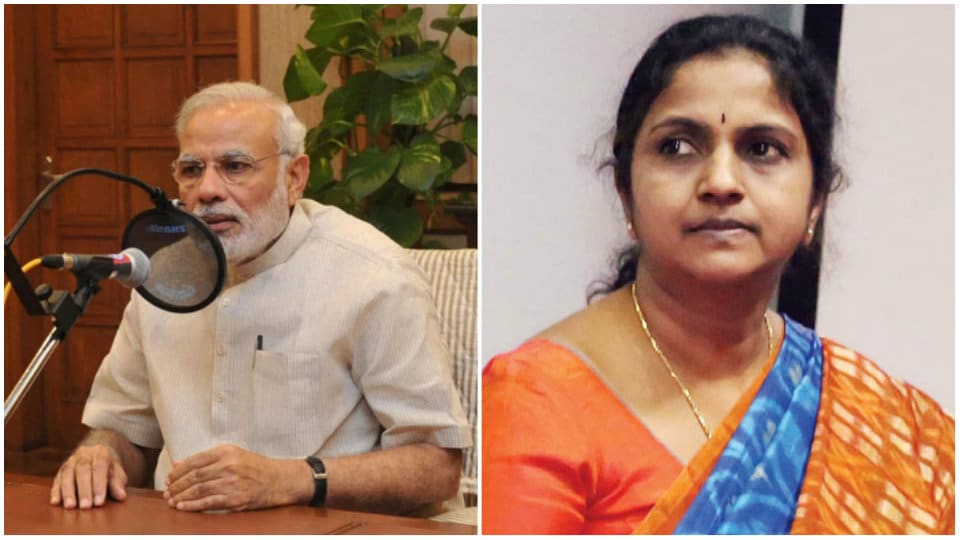 Mysore/Mysuru: To create awareness about hearing impairment and the technologies available to treat both young and the old, Mysuru-based All India Institute of Speech and Hearing (AIISH) has requested Prime Minister Narendra Modi to speak on hearing disability through his radio show Mann Ki Baat.

AIISH authorities have urged the PM to speak on the matter in the last week of February. The World Health Organisation (WHO) is observing World Hearing Day on Mar. 3, and the theme for this year is ‘Hearing for life; Don’t let hearing loss limit you’.

AIISH, a premier institute that comes under Ministry of Health and Family Welfare, is recognised as centre of excellence in the field of communication disorders in South East Asia and has been providing rehabilitation services for scores of people for the past 54 years.

Confirming this to Star of Mysore yesterday, AIISH Director Dr. M. Pushpavathi said that the Prime Minister’s Office (PMO) had called for topics on which Modi would address the nation during his popular radio series Mann Ki Baat. “Since the WHO is observing the World Hearing Day on Mar.3, we thought that the PM’s radio address will create the much-needed awareness on the topic of hearing impairment where we can identify hearing loss early and provide the best treatment with advanced technologies,” she said.

Dr. Pushpavathi, who was on her way to Bengaluru to give a TV prog. on hearing awareness, said that as per data provided by the 2011 census, nearly 19 percent of the disabled population suffers from significant hearing loss.

“Early onset of hearing loss prevents the full development of speech and language (cognitive) in young children. Normal speech and language abilities can be developed if hearing loss is detected before three months of age in such children and if effective treatment is provided. We have also requested the PM to release a short video message to the citizens on hearing healthcare,” she revealed.

On other awareness measures taken by AIISH, Dr. Pushpavathi said that Sandalwood actors and noted personalities from different fields and experts have been roped in to sensitise parents on the potential hearing loss among children and the cures available. With early identification, rehabilitation can help the child speak normally, she added.

The major objectives of AIISH, established in 1966, are to impart professional training, render clinical services, conduct research and educate the public on issues related to communication disorders such as hearing impairment, mental retardation, voice, and fluency and phonological and language disorders.