Home » News » All efforts on to trap elusive tiger 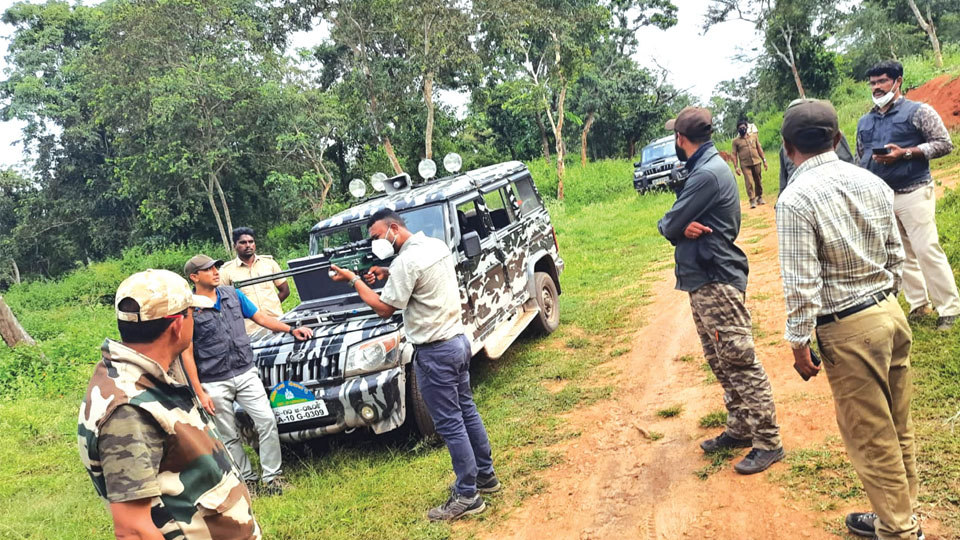 All efforts on to trap elusive tiger

Hanagod: The Forest Department is making all efforts to trace and trap the elusive tiger that had killed a tribal youth of Ayyanakere Tribal Hamlet near Veeranahosahalli in Nagarahole National Park on Sept. 7. However, the Department staff are facing a new problem – stealing of camera traps.

Yesterday afternoon, the tiger attacked a cow and a goat and the cow died today. While miscreants have stolen four camera traps, the tiger is attacking livestock and poachers are killing deer. This has turned into a headache to the Forest officials.

Addressing a press meet at Neralakuppe Elephant Camp in Nagarahole yesterday, Conservator of Forests Chetan said that efforts are being made to trap the tiger and tribals have been asked not to move around for about six to seven kilometres in the surroundings of the spot where the youth was killed.

But despite this, the tribals are moving around and are also taking out their cattle for grazing into the forest and one Surendra was caught with deer meat at Shindenahalli, said Chetan. He expressed displeasure about miscreants stealing camera traps that were installed to trace the tiger.

Pointing out that more than 70 camera traps have been installed and more than 100 staff in six teams were conducting the operation, Chetan said that they did not get any clues about the tiger for the first two days and added that the tiger with a wound on its back was trapped in cameras that were installed in two places.

This apart, three tigers have been trapped in cameras installed at the same spot which is making it difficult for the Forest officials to identify the killer tiger, Chetan said and added that help from experts has been sought during the combing operation.