Home » Columns » All is well that ends well! 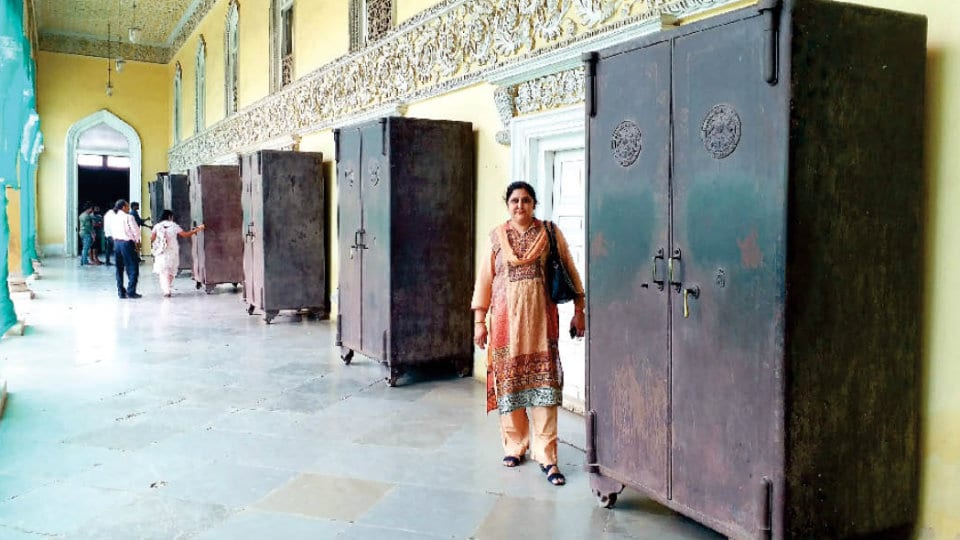 All is well that ends well!

Last week I wrote about our trip to Hyderabad and the theft of the Nizam’s Golden Tiffin Carrier from his private museum there just a few hours after my wife and I had visited the place. Well, this week I’m writing about how it was recovered by the Hyderabad Police in a surprisingly short time of exactly one week.

Yes, all the stolen artefacts have been recovered…without the filmy-style hot chase and the shoot-out that might have been expected in such an operation! Nevertheless, the Hyderabad Police should be complimented on its efficiency in solving the sensational theft and recovering all the high value articles intact.

Yes, although this crime did not find much coverage in the media that we are exposed to here, it did cause quite a sensation in and around Hyderabad for the sheer heritage value of the stolen objects. They were a part of the history of Hyderabad and its erstwhile rulers, the Nizams.  I was almost certain that this theft would remain an unsolved crime, consigned to dusty files stacked in Police record room cupboards for many years to come. But thankfully my fears did not come true.

The theft was not the handiwork of any cartel of art thieves but only of two young, unseasoned desperadoes. They made an unsuccessful bid to dispose off their ill-gotten booty during just one overnight visit to Mumbai and returned to Hyderabad only to be confronted by the local Police who were waiting to nab them! It is said that to avoid being caught these two never used mobile phones during their criminal act and the Police zeroed in on them through a tip off even as they themselves were still sifting through clues and bits and pieces of evidence.

One very interesting fact that has emerged from their arrest is that the duo certainly ate their food a few times from the million dollar lunch box while it was in their possession perhaps just to relive the richness of the Nizams! However, no one among the many trustees and custodians of the Nizam’s museum are able to say with any degree of certainty whether the Nizam himself actually ate out of it at any time!

For all you know, the Nizam who received the two kilogram dinner set from some nobleman, who sadly remains unknown now, probably never ate out of it simply putting it away among his treasures immediately! I say this as Mir Osman Ali Khan, the seventh and last official Nizam of Hyderabad although considered the richest man in the world during his time and who was portrayed thus on the cover of TIME magazine on 22nd, February,  1937, was also known to be very frugal, almost to the point of miserliness, in his personal life. 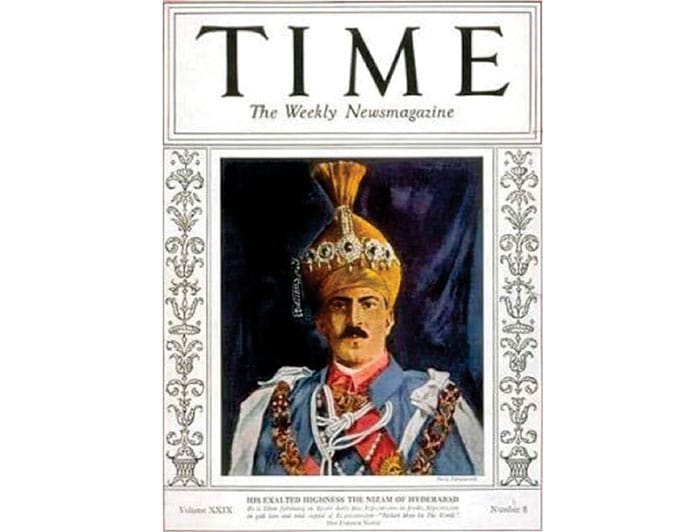 But people’s personalities are sometimes full of sharp contrasts. A man who was considered stingy by many was still magnanimous enough to pull out much of his gold from his fabled treasure chests and give five thousand kilograms of it for the nation in 1965 when Lal Bahadur Shastri, the then Prime Minister, appealed to all the Maharajas and rich Indians to  contribute generously to the National Defence Fund that had depleted after the Indo-Chinese war. Shastri knew that he could impress upon the Nizam to make a very substantial contribution if he met him personally and so he visited Hyderabad which indeed helped. These five tons of gold were then worth Rs.75 lakh and in today’s worth this translates to a whopping Rs. 1,500 crore! This donation remains the biggest ever contribution to the National Defence Fund by any individual or organisation in India and it remains unsurpassed even to this day. 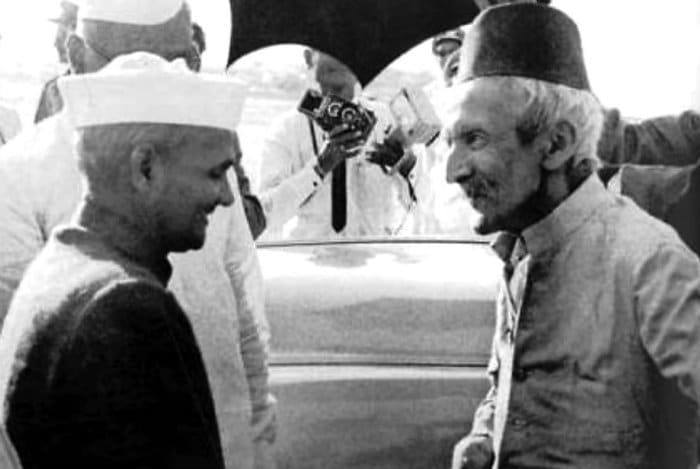 The most surprising thing about this act of magnanimity is that this Nizam was the same person who was most unhappy with the Indian Government for having forced him to cede his kingdom at gunpoint on 17th September 1948 after Operation Polo. It is said that this man had a wry sense of humour too and while sending the gold he added a note that all the empty iron boxes be duly returned to him once the gold coins and bars were off loaded at Delhi! He is said to have remarked that he was donating only the gold and not the iron boxes!

READ ALSO  Staying away from Steroids!

The transport of the gold was reportedly entrusted to Ali Pasha, his son-in-law and close confidant, who delivered the gold to the Indian government and duly returned the iron boxes to the Nizam’s treasury at the Nazri Baugh Palace as instructed! The huge Milners’ iron safes made by Phoenix Safe Works of Liverpool in England, which once held his gold and other valuables can still be seen lined up in the rear verandah of the sprawling Chowmahalla Palace.

This strange enigma of a man is considered by all to be the architect of modern Hyderabad. He was responsible for establishing many institutions like banks, Universities and hospitals. And, he also built dams, bridges and laid many roads and Railway lines. He once had his own army, air force and rail network. As a student of medicine at Gulbarga I have seen his personal Railway line, deviating from the Railway Station there, cutting across many roads and narrow streets and ending at the minuscule Railway platform next to his bed room at Aiwan-E-Shahi, his personal guest house!

But while he flaunted his wealth for the world to see, he himself lived like a commoner. While he used the 185 carat Jacob Diamond as a paperweight on his writing table he used to wear only a faded sherwani and cotton pyjamas as his dress! Once he is reported to have refused to buy a blanket for his own personal use at Rs. 35 because the limit he had set for the purchase was only Rs. 25! Fascinating stories like this about him abound but it is difficult to sift fact from fable!

After his death in 1967 when his grandson Mukkarram Jah was asked whether his family would build a monument for the man, he replied “Please go around Hyderabad and see for yourself. You will find so many monuments that he has built himself !”