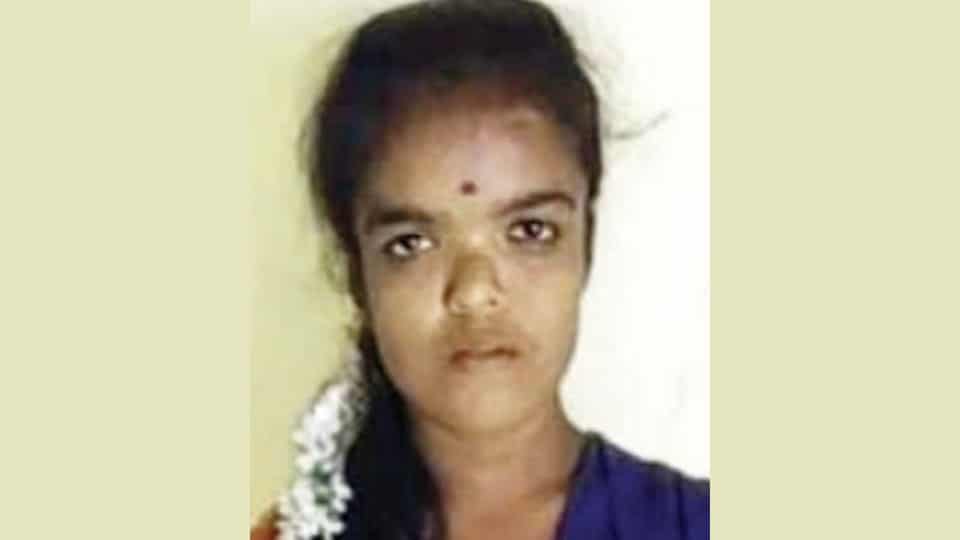 Nanjangud: The callous and negligent behaviour by a KSRTC bus driver has resulted in the death of a physically challenged girl at Huskur Bus Stand in the taluk.

The deceased girl is Chandana (17), daughter of Mahesh of Huskur. Chandana, who had gone for the inauguration of a temple at Valagere village along with her family members, came back to Huskur in a KSRTC bus and was alighting from the bus at the Bus Stand, when the driver moved the bus. As the bus moved suddenly, Chandana is said to have lost her balance and fell down from the bus. She died on the spot, said the Police.

Soon after the incident, the driver is said to have sped away and the angry villagers alerted the residents of the next village Hallere, who managed to stop the bus at the village. Meanwhile, the villagers staged a protest demanding adequate compensation to the family of the deceased girl and also demanded the arrival of the Deputy Commissioner to the spot.

Nanjangud KSRTC Depot Manager Mahadevaswamy, who arrived at the spot, handed over a temporary compensation of Rs. 25,000 and assured of getting the compensation which will be given by the Department. The conductor also handed over Rs. 25,000 as a relief from his pocket.

Nanjangud Traffic ASI Venkatachala, who visited the spot, has taken the bus driver and conductor into custody and has registered a case.