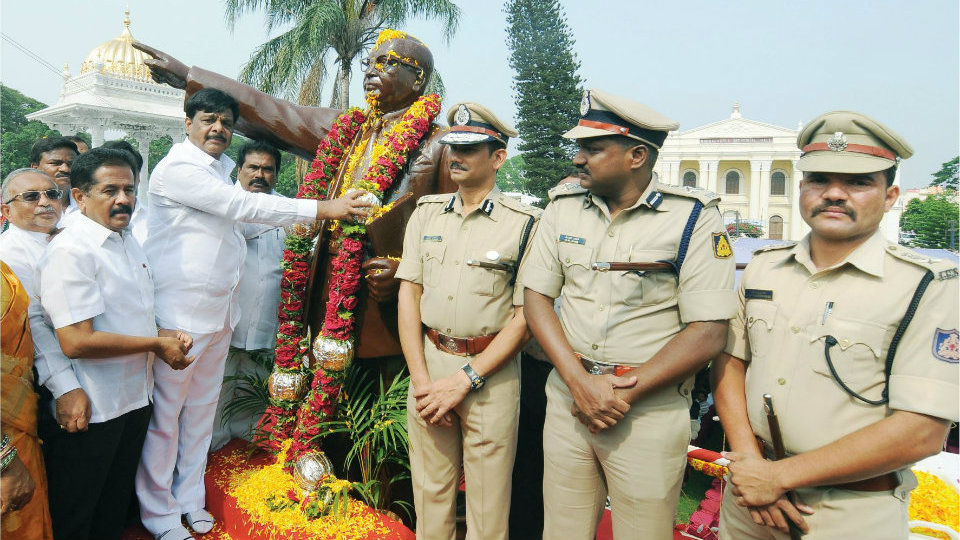 Mysuru – District Minister Dr. H.C. Mahadevappa and a host of other people’s representatives and officials garlanded the statue of Dr. B.R. Ambedkar at Town Hall to mark the 126th birth anniversary celebrations of Dr. B.R. Ambedkar, jointly organised by the District Administration, Zilla Panchayat and Mysuru City Corporation in city this morning.

Speaking on the occasion, Dr. Mahadevappa observed that practicing Dr. Ambedkar’s principles and ideologies will go a long way in bringing about equality in the society.

Referring to the completion of Ambedkar Bhavan in city, the Minister said that he had held a meeting with officials on releasing additional funds for completion of the Bhavan.

Stating that as PWD Minister, he built white marble stone structure including a Gopura (dome) for installing Ambedkar’s new statue in Town Hall premises, Dr. Mahadevappa said the structure is due for inauguration later this month.

On the occasion, the Police Band performed various compositions. The event also featured a ‘Geetha gayana’ programme and a book stall exhibiting the works of Dr. Ambedkar  and other great leaders. 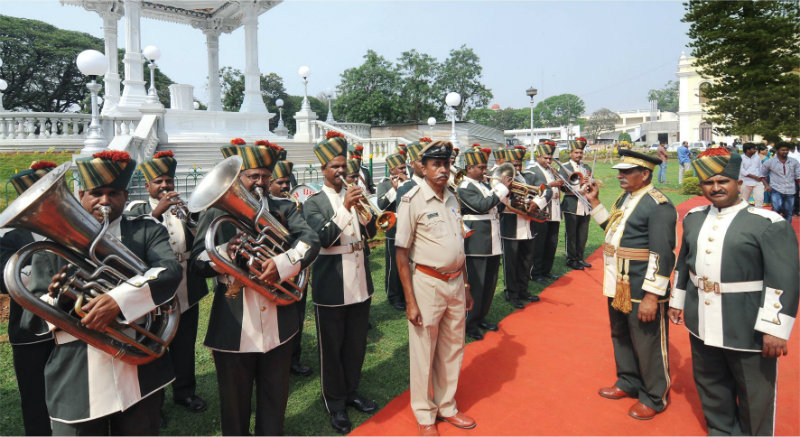 However, there was no stage programme as the model code of conduct for Nanjangud by-poll is in force till 5 pm today.

Sweets and buttermilk were distributed among the people who had gathered for the event.