Home » Columns » Abracadabra By K. B. Ganapathy » An appreciation: Who is she? 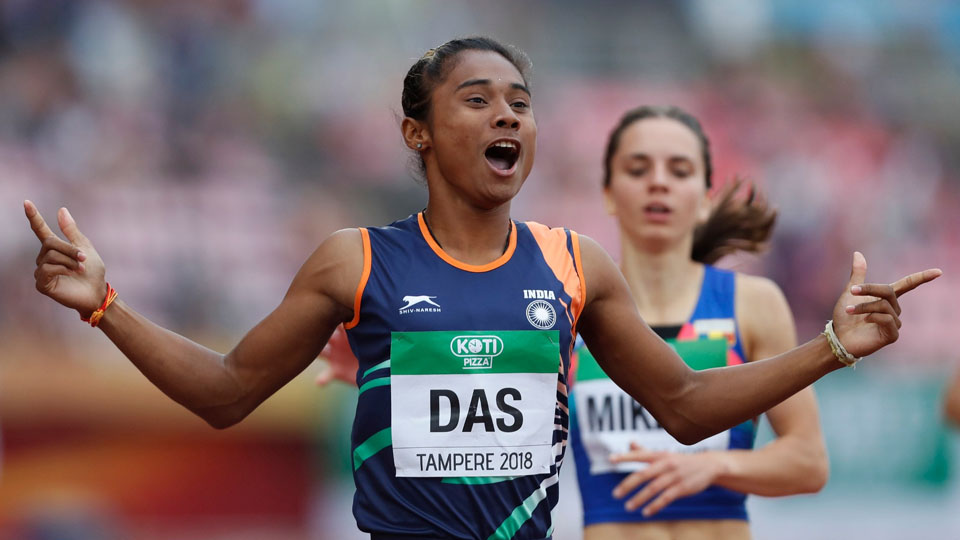 An appreciation: Who is she?

In recent times in the field of sports if anyone has sprung a surprise, it is Hima Das, aged 18. She created history for India by winning the 400 mts race in the World Junior Athletics Championships at Finland with a timing of 51.46 seconds winning the gold medal for the country.

Yes, for the country because after winning when she was asked how she felt, she said something too matured and patriotic for her age and achievement. She said “I had not come here hoping to win. But I had the determination to ensure that my country did not lose.”

Coming from a poor farming family, it was sheer luck that she was discovered as a very good sportsperson with potential to achieve by her Physical Instructor of her school. Thank God, as often happens in India, in the fields of  sports, favouritism and nepotism did not deprive Hima Das the opportunity to achieve this. Spectacular performance making India proud.

While I personally congratulate her, I also wish her all the best in her future international competitions, including the Olympics, specially in running competitions where for sure she has “many miles to go.” 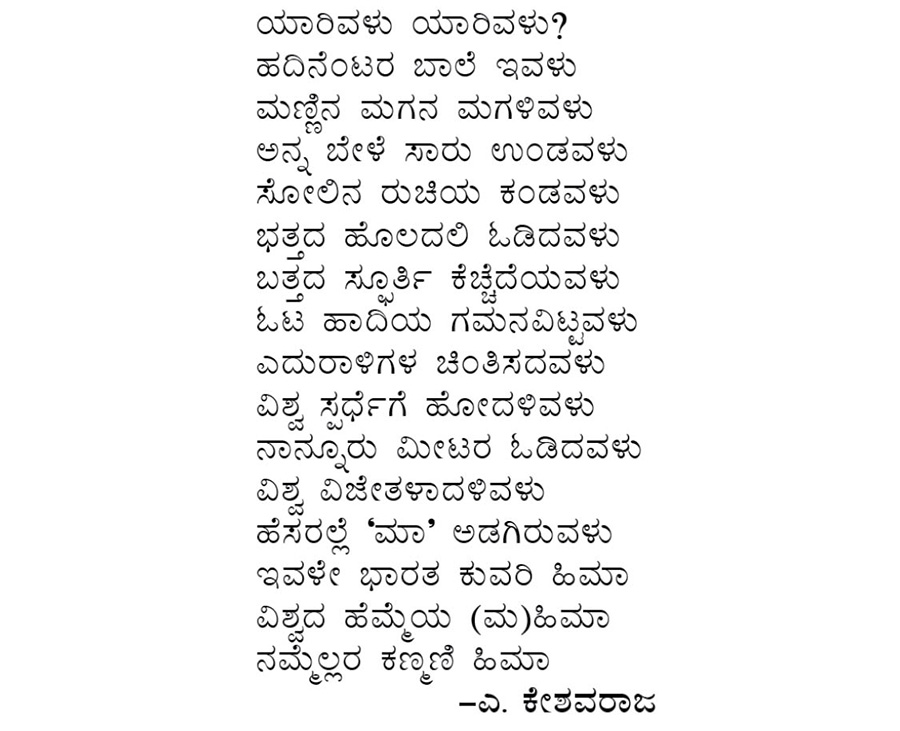 I am impelled, rather inspired, to write this encomium on Hima Das because of a surprise poem written in Kannada and sent to me from America by a Scientist A. Keshavaraj. Since I have little time to translate it or get it translated in to english, I am taking the poem as it is for those of our readers who know Kannada.

“Bringing a medal for the country is the biggest achievement and that is why I am very happy. I am very proud to give this gift to the people of India,” Hima said after her win.

“I wanted the Indian national anthem to be played and making that happen made me cry with joy.”

“I will try to give my best at the Asian Games. I don’t run after medals, I run after time.”