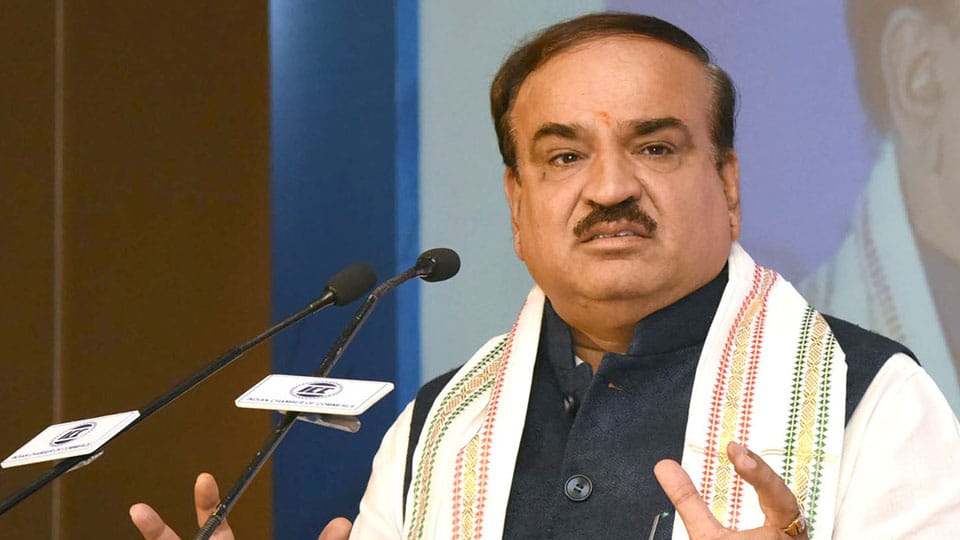 Ananth Kumar was the first person from India to speak in Kannada at the United Nations on 15th of October, 2012. He described his experience thus:

“I had the privilege of speaking at the United Nations headquarters in New York. My experience was made sweeter by the fact that I got to address the UN General Assembly in my beloved Kannada.”

“Before I began my speech, I made it a point to extend my greetings to all those present in my mother-tongue, Kannada!! I said, ‘Honourable President and brothers and sisters from all over the world, good morning to all of you…’  I then continued on how India is very closely committed to global peace and upholding human rights and how it is steadfast in its support for counter-terrorism.”

“Amongst the languages of India that are held in high esteem by the people of India, Kannada has a special significance. It is as old as 2,000 years and is spoken by a population of 38 million,” he had stated.

4 COMMENTS ON THIS POST To “Ananth Kumar: first person to speak in Kannada at United Nations”